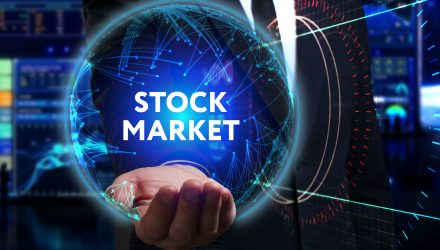 After giving back most of their gains yesterday, stock indices are green in early Wednesday trading, inspired by the possibility that the country may reopen according to President Trump.

“We have to open our country again. We don’t want to be doing this for months, and months and months,” the president said on several occasions during a daily briefing on the COVID-19 outbreak, which touched on a wide range of topics.

The president had also spoken earlier Saturday with the commissioners of the major sports leagues, including the NFL, NBA and Major League Baseball, who expressed a desire to play again.

According to doctors, however, this week could still be one of the worst so far.

New York had it’s worst day yet on Tuesday, and coronavirus deaths will likely ascend in the U.S. this week even as fresh cases approach a zenith and the rate of hospitalizations is declining, White House health advisor Dr. Anthony Fauci said Wednesday.

“It’s going to be a bad week for deaths,” Fauci, the director of the National Institute of Allergy and Infectious Diseases, said on Fox News.

Much like the economy tends to lag behind the market, Fauci said deaths generally lag behind other aspects of the outbreak such as new cases and hospitalization.

However, he explained that after this week, the U.S. should see the “beginning of a turnaround,” possibly inspiring investors to drive stocks higher.

“So, we need to keep pushing on the mitigation strategies because there is no doubt that that is having a positive impact on the dynamics of the outbreak,” he said. “Now is not the time to pull back at all. It’s the time to intensify.”

Stocks rallied higher amid the news, with the Dow Jones Industrial Average advancing 2.15%, the S&P 500 up roughly 2%, and the Nasdaq climbing 1.75% as of midday EST.