You are at:Home»Featured»In the Know: Why Investors Must Be Strategic in 2019 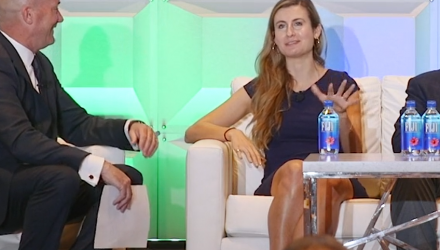 In the Know: Why Investors Must Be Strategic in 2019

With the first quarter of 2019 in the books, investors are looking at a capital market environment in the U.S. that is standing tall after stumbling in the tail end of 2018. Nonetheless, it’s necessary for investors to remain strategic when it comes to deploying capital in the current market environment.

Why the strategic bent? One only has to look back to the last quarter of 2018 to know the reason why–the Dow Jones Industrial Average fell 5.6 percent, while the S&P 500 was down 6.2 percent and the Nasdaq Composite declined 4 percent.

In this latest “In The Know” update featuring market themes and opportunities, Samantha Azzarello, Global Market Strategist at JP Morgan ETFs explained why investors must be more strategic in 2019 and beyond.

Is a Recession Imminent in the Near Term?

Earlier this month, the Labor Department announced that job growth in March made a comeback following a less-than-stellar February as 196,000 jobs were created as opposed to 175,000 expected by economists.

“We look at about 25 to 30 different indicators just across the spectrum,” said Azzarello. “But the main buckets that I sort of always talk to clients about is overheating, right? So, that’s going to be inflation, wages, producer prices. Like, show me something that suggests we’re overheating.”

Global Markets on the Minds of the Fed

While the majority of the capital markets are hoping for a U.S.-China trade deal, the other saving grace for the markets to keep the 2019 rally afloat could be the central bank continuing its dovish outlook.

Following the central bank’s decision to keep interest rates unchanged, there’s been a recurring theme of “patience” in Fedspeak as of late. Federal Reserve Chairman Jerome Powell reiterated patience during last month’s press conference following the rate announcement and also mentioned that the U.S. economy is in a “good place.”

However, with a number of global events taking place like Brexit and other geopolitical factors, these occurrences could be weighing on the minds of the central bank while the economy is forging on domestically.

“We fundamentally believe the Fed was only raising rates, they were only raising rates because things were so good, because the economy could handle it,” said Azzarello. “So, now that they’re on pause, it’s like, ‘Well, wait. Why are they on pause?’ They’re just saying that they’re being cautious. And in fairness to them, there’s a lot happening in Washington, there’s a lot happening with Brexit and globally.”

Effects of the Yield Curve on Fixed Income Investing

To watch the entire latest “In the Know” show, visit: https://am.jpmorgan.com/us/en/asset-management/gim/adv/insights/etfs-in-the-know.