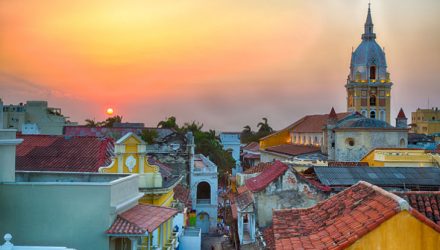 Investors are searching for ways to diversify away from U.S. markets, and many have turned to developing market equities and related exchange traded funds, with a majority of financial advisors and investment professionals revealing an increasingly positive outlook on the emerging economies.

According to a recent Emerging Markets Investor Sentiment Survey conducted by Columbia Threadneedle Investments, 72% of financial advisors and investment professionals surveyed revealed their positive outlook for emerging markets in the next 12 months. Furthermore, the survey showed its most positive emerging markets sentiment score to date.

Participants revealed around 35% of those surveyed have around 1% to 5% allocated to emerging markets while 34% surveyed held 5% to 10%.

The vast majority of participants (96%) said their current allocation to the emerging markets is about the same or higher than 12 months ago. While only 4% said their allocation was lower, there are less critics this year, compared to 15% of respondents with negative outlooks at the end of 2016.

Looking ahead, about 58% of respondents plan to raise their emerging market allocations over the next 12 months while only 3% plan to cut their EM exposure. In contrast, in mid-2016, 46% of respondents said they would increase their allocation.