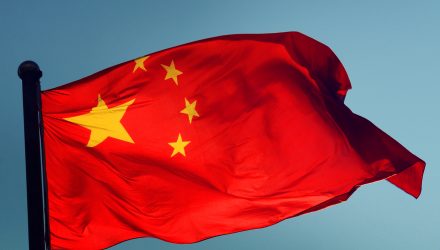 The inclusion of Chinese A-Shares into the MSCI Emerging Markets Index at the beginning of June was intended to introduce Chinese companies with attractive valuations into the marketplace, but its impact has been lost in the crossfire of trade concerns with the United States.

In the beginning of June, 234 Chinese companies were introduced into the MSCI Emerging Index, which would include A-shares–a mix of Chinese companies with a penchant for strong earnings per share growth potential. Analysts debated the impact this would have, but most would agree that it would introduce diversification into the emerging markets and investor ingress into this once hard-to-access marketplace would be easier.

Unfortunately, just a couple of weeks after its inclusion, U.S. President Donald Trump fired the first salvo of tariffs directed at China after months of dropping hints that China was engaging in unfair trading practices–a  25 percent tariff on up to $50 billion in Chinese goods “that contain industrially significant technologies.” The Chinese Commerce Ministry counterpunched with a 25 percent tariff on $34 billion worth of U.S. goods.

The tariff-for-tariff tussle continued when the Trump Administration threatened to impose an additional round of tariffs on another $200 billion worth of Chinese goods was proposed “if China refuses to change its practices, and also if it insists on going forward with the new tariffs that it has recently announced.” The effect of these trade spats have been giving the Dow Jones Industrial Average gut shots in the month of June, including an eight-session losing streak. 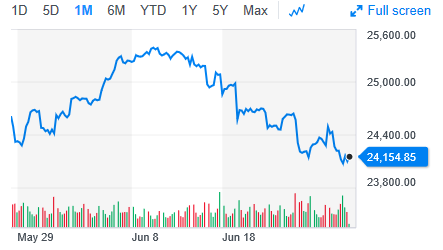 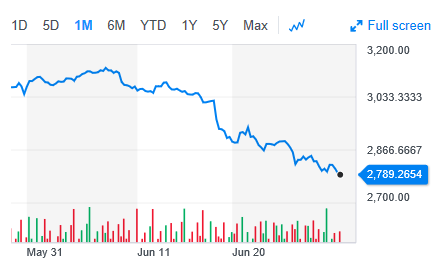 China-focused ETFs have also taken a brunt of the punishment with iShares China Large-Cap ETF (NYSEArca: FXI) and iShares MSCI China ETF (NASDAQ: MCHI) both down about 9 percent for the month. In terms of the broader impact on emerging markets, the iShares MSCI Emerging Markets ETF (NYSEArca: EEM) is down about 8.3 percent heading towards the end of a raucous June.