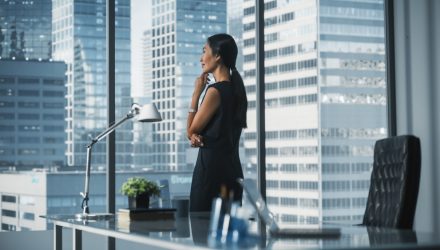 The ETF expects to be primarily invested in components of the Hypatia Women CEO Index, which tracks the performance of exchange traded equity securities of U.S. companies that have market capitalizations of at least $500 million and are led by a female CEO.

However, the fund may also invest in exchange traded equity securities of other U.S. companies of any market capitalization that are led by a female CEO. In addition, WCEO may invest up to 20% of its total assets in exchange traded equity securities of U.S. companies with an executive chairperson or a chairperson who is female.

According to the fund’s summary prospectus, Hypatia Capital believes “that excess returns can be generated by investing in companies led by women because, given the documented structural barriers women face in advancement in corporate America, a woman that reaches the Chief Executive Officer (or equivalent) position must possess extraordinary leadership characteristics to compensate for those additional barriers to entry.”