You are at:Home»Investing»Huge Oil Reserves Could Be Found in Pakistan, Hints PM Imran Khan 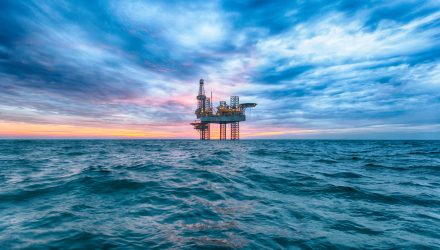 Pakistan oil reserves, believed to be located in the off the coast of Karachi could possibly make the nation a major player in the oil industry. Speculation about the oil reserves in Pakistan have been floating around for months now, and it seems that each day brings the country closer to finding what could be the country’s salvation economically.

However, some people remain skeptical as to the size of the Pakistan oil reserves, and whether or not drillers will actually be able to locate them.

In May of 2018 Pakistan signed paperwork with oil giant Exxon Mobil that included the company’s investment of 25% in the working interest of exploration operations off the coast of Karachi. Exxon Mobil states on its website that they are currently involved in exploratory operations in the area known as Block G. The site also clearly states that 25% interest in oil discovered in the area is the primary term of the agreement, which indicates the company believes there are valuable reserves below the surface.

Italian owned corporation Eni Pakistan is also involved in the research in the area, giving them a major stake in any oil reserves in Pakistan. Pakistan’s own Government Holdings Pvt. Ltd. Oil and Gas Development Company Limited is the third major player in the area, according to OilPrice.com.

Pakistan oil reserves could hold the key to boosting the nation’s economy.

Right now Pakistan is only producing about 15% of the demand for petroleum with its own oil reserves. This leaves the nation dependent on countries like Saudi Arabia to supply the need for petroleum based products. With the steady increase in oil prices over the last few years Pakistan has been left spending more of its foreign exchange budget on oil imports.  The discovery of oil reserves in Pakistan could be an answer to prayer for both the government and the people of Pakistan.

In 2018 rumors regarding the size of possible oil reserves in Pakistan began to fly, and speculators began to take note of the activity in the country. PeakOil.com reported that the Pakistani Minister for Maritime Affairs and Foreign Affairs made a statement regarding Exxon Mobil’s research. In his statement he said, “ExxonMobil has purchased a block of Pakistani deep sea drilling rights off the Indus Delta for exploration. Their drilling is yet to start as depths are very intense but they are very hopeful of success in discovering a big cache of oil.”

This statement sparked rumors of a Pakistani oil strike that could be only months away. However, skeptics felt that it was possible that he was simply trying to instill hope into the hearts of Pakistani people and attract more investors to the oil business in his country.

In spite of skepticism about the actual size of oil reserves in Pakistan, Imran Khan remains hopeful that a huge oil strike is not far off. In a statement on Monday he said, “we are hopeful of finding large reserves of gas and oil in the sea near Karachi. The nation should pray for this and I will soon share good news regarding this. God willing the reserves will be so large that we will not need to import any oil.”

The Prime Minister also addressed concerns regarding both India and Afghanistan. He said that while India would remain a threat until elections were held there, Pakistan would keep a watchful eye on the country. Regarding Afghanistan, he noted that he wished for peace in the country. “We want friendly relations with Afghanistan. If there is peace in Afghanistan then there will be peace in Pakistan.” He mentioned that Taliban leaders had asked to meet with him, but government officials in Kabul had vetoed the meeting.

Pakistan and the SCO

ValueWalk reported back in 2015 that Pakistan had joined the Shanghai Cooperation Organization, led by China and Russia. The SCO controls a large portion of the global oil reserves. If Exxon does indeed find large oil reserves in Pakistan, it will undoubtedly boost the nation’s standing in the organization.