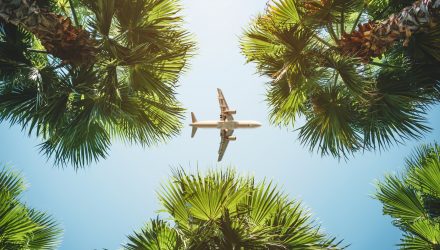 How Will Travel Stocks Be Affected By The Coronavirus?

Could travel related stocks be affected by Coronavirus?

The World Health Organization says it was a “bit too early to consider this event is a public health emergency of international concern.”

Investors had been fretting over the virus as the number of confirmed cases crested 600, and the virus, which originated in Wuhan, China, has now been revealing reported cases in Singapore and the U.S. and possibly other countries.

Still, with the upcoming Chinese New Year, disease prevention experts and now financial experts are concerned that the virus could disseminate rapidly during the busy travel period. Officials already have confirmed that the new enigmatic virus can be transmitted between humans and noted that 15 medical staff have now been infected, stirring fears of a international pandemic like the deadly SARS crisis in 2003, and prompting airport authorities around the world to intensify screening of travelers arriving from China.

Stocks that could be most affected by any travel restrictions from the WHO include, “The Marriott, which has roughly 7% of their units located in China, and that would be followed by Hilton which has about half as much,” said Harry Curtis, Nomura Instinet senior equity analyst covering gaming and lodging, on a call with CNBC.
Curtis explained however, that despite fears of a global pandemic like SARS, the market often offers unprecedented opportunities to buy stocks once things settle down, and thus he would avoid selling hastily or buying too quickly.
“I wouldn’t sell them now if you own them because they are wonderful companies with wonderful business models. What I would say though is that if you don’t own enough of these great businesses, you probably want to wait a little bit to see if there is a travel restriction or warning issued by the WHO, and not long after that, the buying opportunity tends to be at its best. The company or the stock that has under perform most as a result of this, because of its exposure, has been Marriott,” Curtis said.
“In the long run Hilton and Marriott are the two companies that you really want to own by virtue of the fact that they are the most defensive global business models in the travel and leisure space,” he explained.
The Vanguard Consumer Discretionary ETF (VCR) and the iShares S&P 500 Growth ETF (IVW) are two ETFs with healthy allocations of hotel stocks like Marriott and Hilton.
For more market trends, visit ETF Trends.