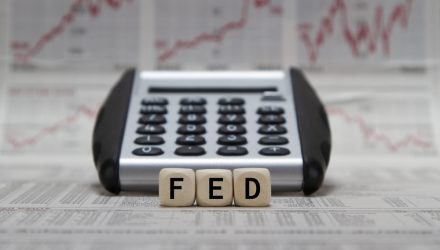 How the Fed Has Affected the Corporate Bond ETF Landscape

The Federal Reserve has dipped into the bond exchange traded fund market in a bid to support liquidity, causing large waves that may continue to last.

Fixed-income ETFs have brought in roughly $78 billion so far this year, with corporate bond ETFs making up roughly $42 billion of the inflows, Bloomberg reports. In comparison, equity ETFs brought in $53 billion this year. The shift is especially noteworthy, given stock ETFs hold $3.2 trillion in assets, compared to bond ETFs that hold $944 billion.

“There is an increased interest from a lot of investors, particularly dedicated fixed-income investors, who wouldn’t necessarily have been thinking about fixed-income ETFs three months ago, six months ago, given that ETFs are an equity instrument that trade on equity pipes and plumbing,” Tobin, global head of State Street’s SPDR ETF business, told Bloomberg. “But we’ve certainly started to see doors being opened, conversations being started with entities that might not have been very ETF-friendly in the past.”

Meanwhile, bearish bets against both investment-grade and high-yield bond ETFs have more-or-less disappeared after the Fed showed support of the corporate debt market. For instance, short interest as a percentage of shares outstanding in LQD is 2.3%, compared to an all-time high of 17.6% in March, according to data from IHS Markit Ltd. Additionally, short bets on the SPDR Bloomberg Barclays High Yield Bond ETF (JNK) are near a four-year low.

The Fed also helped keep bond ETF prices from straying too far away from the funds’ underlying assets. After trading froze in cash bond markets over March, funds such as LQD plunged to steep discounts to their net asset values as investors dumped exposure to bond ETFs, which are much more liquid than the notoriously illiquid debt markets. However, the discounts quickly shifted to premiums after the Fed said it would purchase ETFs in late March, causing the funds to rally more quickly than the underlying securities.

“If the Fed had not stepped in, who knows how bad it would have gotten in markets and in the overall economy,” Suzuki, the firm’s deputy chief investment officer, told Bloomberg. “Had that continued, the NAVs would have probably dropped dramatically to meet the ETF prices which probably would have gone down further had the Fed not stepped in.”