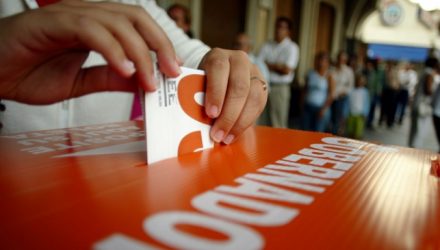 How Mexican Politics & Upcoming Elections Could Affect Your Portfolio

It’s time: you need to tune your scanner for information coming out of Mexico. What has always smoldered has started to flame. Those flames could be a five-alarm fire in 2018. Hyperbole? Maybe, but in the course of over fifty visits to Mexico this year alone and 33 years in the country focused on the economic and financial environment in the country, it is clear to our firm that the country is at a critical juncture, and the presidential elections next year will be the determining factor of which way Mexico turns.

Unfortunately, rhetoric coming from President Trump has weighed greatly on the populace, going a long ways to aid the populist candidate. If the elections were held today, there is little doubt that the radical populist Andrés Manuel Lopez Obrador (“AMLO”) would be elected and the result could be quite negative.

In our most recent trip, we spent time with a couple of candidates and were on hand for the announcement of the PRI party’s official candidate – Jose Antonio Meade. In a normal cycle, these individuals would be viewed as relatively strong candidates and possible leaders. In the current environment, however, the country is fixated on the negativity coming from Washington related to trade generally and NAFTA specifically.

Investment in the country has slowed and risks are rising. Foreign Direct Investment has dropped from $3.9 billion USD for the 12 months ending December 31, 2012 to $491 million USD for the 12 months ending September 30, 2017. Add to that hostility regarding border and immigration issues and the momentum seems unstoppable for AMLO. While AMLO has been compared to Hugo Chavez, it is not necessary for him to be entirely alike in order to set the country back. Coalitions are building and there may be a way to stem the tide, but that is unlikely as long as so much Mexican-focused negativity emanates from Washington.

Fortunes have been won and lost in the extreme environments seen in Mexico over time. Crises have wiped out wealth for many while others have built empires. Now is the time to tune in your scanner; attentiveness to the issues at hand is imperative. Our view currently is to be naked any exposure to Mexican assets. This has been beneficial as the momentum of the MSCI Mexico Index has significantly underperformed other markets in the ACWI (2nd worst USD price return over the last 3 months, down 11.4%). 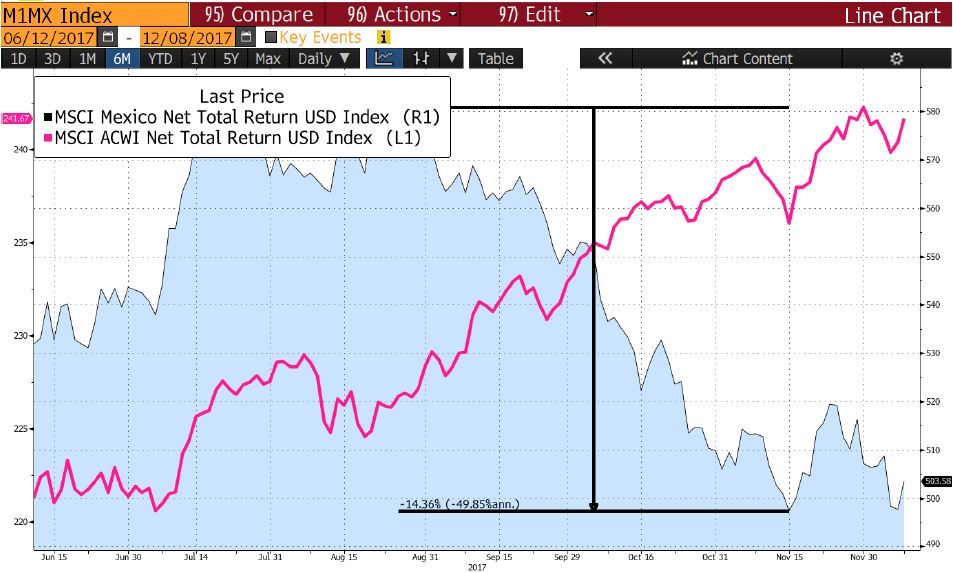