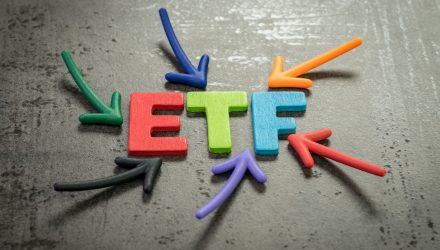 How Important Are Low Fees For ETF Investors?

In the recent push for low cost and eventually free commissions throughout the brokerage industry by pioneers like Schwab, Robinhood, and Interactive Brokers, there was also an attempt by some ETFs to lower fees as well, moving toward zero or even negative fees on funds.

Tony Barchetto, one of two of Salt’s co-founders, believes that the funds’ inability to thrive in a highly competitive environment with a big player like Vanguard, BlackRock, and State Street Global Advisors, which receive significant attention because they represent nearly 80% of the market share of assets under management in the ETF ecosystem, has been more about understanding how young funds market to interested new investors than about how cost-conscious those would-be customers are.

“When we created the fee structure we knew it was a bit radical, but that was the point,” Barchetto said in an interview. “People kept hearing about fees. But it’s more about value than cost, and our experiment showed that.”

While fees are definitely a consideration when purchasing an ETF, prioritizing value over fees makes sense, given that most of the gains from a fund are likely to come from the ETF’s performance, rather than simply a lower fee structure.

Salt’s sales pitch for LSLT and SLT was well-received by financial decision-makers, Barchetto said, but ultimately, if advisors or end investors couldn’t find a way to invest in the fund, that meant nothing. This might have been due to a lack of interest by brokerage firms, given their preference for the larger more well-established companies, say analysts.

“It’s a chicken and egg problem,” said Todd Rosenbluth, head of ETF and mutual-fund research for CFRA. Funds must meet a certain threshold of assets under management and tenure in order to be included on many platforms, but without access to the platforms, they generally can’t raise those funds or stay around for long.

“For a new ETF from a small provider to come to market and be successful, it needs something eye-catching to break through the crowd,” Rosenbluth said. “There’s a reason why every year hundreds of ETFs close.”
While Salt funds seemed marketable based on the lower fee idea, in practice, it was not as viable as first believed.
“I just thought investors were so cost-conscious,” Rosenbluth told MarketWatch. “The data shows that so much money is going into products that are 20 basis points less, 30 basis points less, (than competitors) and survey after survey confirms that investors are choosing fees as the most important metric.”
While Salt’s future with Pacer Advisors is unknown, it is more evident to Barchetto now that intellectual property behind funds is as important if not more so than simply having a lower fee structure, and succeeding as a small player is challenging.
“ETFs are cheap to get into but not cheap to execute on,” he said. “For the true independent, unless you have something real flashy that’s going to make the news, doing it yourself is hard.”
For more market trends, visit  ETF Trends.