You are at:Home»Webcasts»How Financial Advisors Can Cater to a Rising Group of Female Married Breadwinners 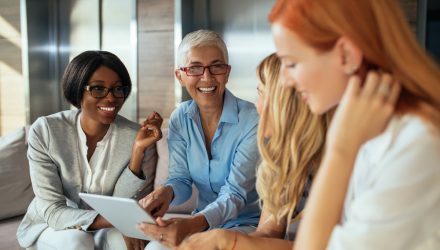 Studies have shown that women’s feelings about being the primary earner along with their investment habits may provide financial advisors with insights to help this incredibly important demographic, not just as opportunities, but as people.

In the recent webcast, Winning with Female Married Breadwinners: Insights on How to Strengthen Relationships, Jennifer Tarsney, Director, Practice Management, New York Life Investments, pointed out that a growing group of female breadwinners who provide the primary source of income for a household has become increasingly important over the years. About 25% of females are breadwinners among those married, compared to just 6% back in 1960.

As more women become the sole breadwinner of a family, financial advisors should take note. About 70% of women typically fire their advisor after a divorce or death of a spouse. Additionally, women are more likely to talk about the good or bad experience of a financial advisor as they will make 2.5 times more referrals over their lifetime than men. Looking ahead, it is projected that omen could control two-thirds of the nation’s wealth.

Tarsney also underscored the need to understand the dynamics within relationships as the key to unlocking potential. For instance, according to recent surveys, couples’ opinions on relationships and households were most in agreement on issues such as the spouse/partner is supportive of the female breadwinner as the primary source of income, appreciates the hard work, and is aligned on financial goals.

Not all married breadwinner households are the same. For instance, 39% identify as a strong couple that appreciate each other and will be in this together. Tarsney argued that they are already on the path, content with their situation, so it will be vital for an advisor to demonstrate how they can add value. It is important to view both parties as equals, compliment them on what they have accomplished and show them how an advisor can build on that.

About 25% of women are strong and pleased with how things are. They feel proud and fulfilled in being the Married Breadwinner, with a high level of control. Tarsney believes these types of women feels like they are prepared and already have goals in place. Financial advisors can congratulate her on her success but also with a touch of gender-related compassion, and they can show how an advisor can educate or teach her.

Around 26% of women want a little help. This group feels the burden, has taken on added responsibilities and feels like it’s all on their shoulders. They are stressed, tired, and frustrated. Their partner is doing some work, but they want more from their partner. Tarsney advises financial advisors to empathize with her situation but also show her some of the positives and to communicate how an advisor can alleviate their stress.

Lastly, 33% of women believe they have it from here. The wife appreciates all the hard work their partner has done in the past, whether their partner has recently retired or the wife is now out-earning them. They feel it is now their turn and are proud to be in that position. Tarsney pointed out that these types of women may be somewhat older, more established financially, and moving past the “building” stage, with a spouse that has more voice relative to other married breadwinners. She advises financial advisors to compliment them on the success they have had and show them how an advisor can keep it going.

Married breadwinners have also pointed to a number of points that financial advisors can be most helpful. For instance, New York Life Investment surveys show female breadwinners want help with retirement planning, take time to understand financial needs, speak in understandable language when communicating, provide education on investments, know the right questions to ask, and treat them with equal respect to their spouses or partners.

Financial advisors who are interested in strategies to strengthen client relations can watch the webcast here on demand.