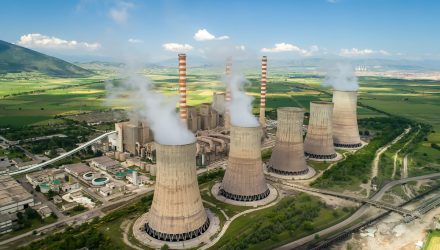 With the pace of technology changing rapidly, the world is constantly looking for new energy sources. Though often controversial, nuclear power, which typically runs on the metal uranium, is a clean and efficient way of boiling water to make steam, which then rotates turbines to generate electrical power.

According to GE, “When it comes to efficiency and reliability, no other electricity source can match nuclear. Nuclear power plants can continuously generate large-scale, around-the-clock electricity for many months at a time, without interruption.”

Currently, nuclear energy provides nearly 15 percent of the world’s electricity and roughly a fifth of the energy in the United States. “As of 2014, a total of 30 countries worldwide are operating 435 nuclear reactors for electricity generation,” GE claims.

For those looking to invest in the nuclear sector, The Horizons Global Uranium Index ETF (HURA) is the first ETF in Canada to provide direct exposure to the global Uranium sector.

Units of the ETF will begin trading today on the Toronto Stock Exchange (“TSX”) under the ticker symbol HURA.

According to Horizons, “HURA seeks to replicate, to the extent possible, the performance of the Solactive Global
Uranium Pure-Play Index (the “Index”), net of expenses. The Index is designed to provide exposure to the performance of a basket of issuers which (a) are primarily involved in the uranium mining and exploration industry; or (b) invest and participate directly in the physical price of uranium.

The company site adds, “HURA provides exposure to companies directly responsible for the mining of uranium,
with up to 25% of the portfolio providing exposure to the price of the Uranium commodity. These two segments of the supply chain would likely see the most significant growth in value if global demand for uranium increases.”

“There is a realization at the highest levels that wind and solar energy alone will not be able to ensure global carbon emission targets are met,” said Nick Piquard, Portfolio Manager and Options Strategist at Horizons ETFs. “Today, nuclear is the only viable solution to supply zero- emission-base-load-power, and currently, there is not enough uranium being mined to meet planned growth. These factors combined make for a very positive opportunity for the Uranium mining sector.”

Piquard further comments: “With Solactive’s support, we are once again able to offer another first: Canada’s first uranium ETF. With growing global demand for zero-emission-base-load-power sources, the future is bright for the uranium mining sector.”