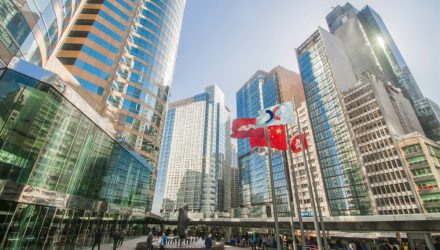 Lifting Hong Kong’s markets, Temasek Group Holdings Pte., Baillie Gifford & Co. and Matthews Asia were among the major shareholders that have swapped positions in the Chinese e-commerce giant Alibaba Group to capitalize on new rules easing the switch after Alibaba’s listing in Hong Kong last year, Bloomberg reports. Many attributed geopolitics as a major factor to the shift.

“Lots of long-term fund managers, especially the ones whose fund managers are based in Asia, are switching or considering switching from ADRs into Hong Kong-listed shares,” Nelson Yan, head of offshore capital markets investment at CreditEase Wealth Management (Hong Kong) Ltd., told Bloomberg, referring to American Depositary Receipts. “Demand for these ADRs in the U.S. is now clouded by the politics.”

The Trump administration has censured Chinese tech companies, pushing some investors away from this segment in a bid to avoid potential policy-induced fallout. Meanwhile, Chinese companies are seeking more dual listings in Hong Kong, diminishing liquidity on New York-listed shares.

The increased scrutiny on U.S.-listed Chinese companies has become a focus for many institutional investors since May after the Senate overwhelmingly approved S.945, which could bar Chinese companies from listing on U.S. exchanges. The increased regulatory approval process includes being able to certify that they aren’t under the control of foreign governments and allowing the Public Company Accounting Oversight Board to audit the business.