You are at:Home»Featured»A Home Run for the World Series 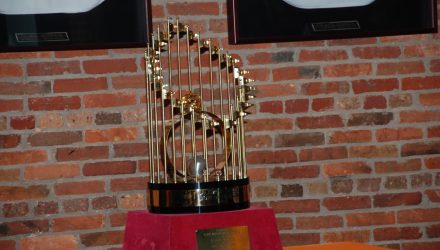 A Home Run for the World Series

According to The Manual, a 30-second ad during the World Series averaged about $565,000 during 2017.[1] That compares to over $5 million for an ad during the Super Bowl. Of course, viewership and ratings are much different for the two events. However, the cost of the ad in relation to viewership might be attractive to potential sponsors.

An article on Business Insider noted that across the first five games, World Series ads on Fox had generated well over 5.1 billion impressions, according to the analytics firm iSpot.tv.[2] An ad impression, in this case, is recorded every time a person watches at least three seconds of an ad from the start.

Overall, iSpots says that over the first five games, 142 advertisers have run a total of 226 ads. There have been 601 ads “airings” to date which translates to over five hours and 10 minutes of pure advertising.

What is even more impressive is what the iSpot.tv research further showed. According to iSpot, the ads run during the games were watched to completion by an average of 86% of the viewers. That is potential gold to advertisers.

One of more memorable and talked about ads from the 2017 World Series was that of YouTube.

The backstop behind home plate is among the most visible pieces of advertising real estate in sports, and YouTube came up with a brilliant way to use that spot. During most of Game 1 of the World Series, YouTube had a banner in one of the spots, advertising YouTube TV. But what made YouTube’s banner so brilliant was that the company’s play-button logo was the perfect size and was perfectly centered on camera in a way that during any right-handed at-bat it looked as if the game were a YouTube video and that the viewer needed to click play.

Some thought the ad was brilliant while others found it annoying. However, many were talking about it. So, the ad was successful in that it generated buzz around the brand.

The World Series, as the championship series for Major League Baseball, has the potential to generate the live audience that potential sponsors may find attractive. By advertising during the World Series, companies may be able to achieve their goal of achieving brand awareness, generate positive brand image with the end goal of increasing sales.