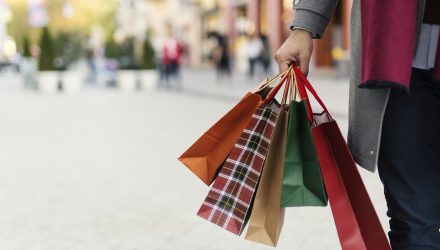 A slew of data points confirm that many shoppers are using online venues for holiday purchases, a theme that could potentially benefit some exchange traded funds.

Shopping and consumer trends are changing as more buyers rely on the convenience of online retailers to quickly and easily meet their discretionary needs. As the retail landscape changes, investors can also capitalize on the trend through exchange traded funds that target the e-commerce segment.

ONLN, which debuted last July, follows the ProShares Online Retail Index. The ETF holds 21 stocks with an average market capitalization of $70.42 billion, according to issuer data.

“Already this holiday season, a record $110.6 billion has been spent online, an increase of nearly 18 percent from a year ago, according to a new report,” reports CNBC. “By this time last year, $93.9 billion had been spent online since Nov. 1, said Adobe Analytics, which tracks the web transactions of 80 of the top 100 internet retailers in the U.S.”

The spate of bankruptcies from brick-and-mortar retails stores could be spooking investors as companies like Sears Holdings filed for bankruptcy protection last month after 125 years in business. However, some data points could support an uptick in consumer spending.