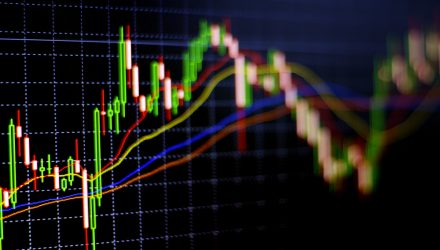 High-Yield Munis Remain Sturdy Despite an Uptick in Defaults

The federal government heaped billions of dollars on states to help them tidy up their balance sheets in the wake of the coronavirus pandemic.

However, municipal default rates ticked higher in 2020 and to this point this year. Yet that’s not damping the case for high-yield municipal bonds and the VanEck Vectors High Yield Muni ETF (HYD), one of the dominant exchange traded funds providing exposure to junk-rated munis.

The $4 billion HYD follows the Bloomberg Barclays Municipal Custom High Yield Composite Index and turns 13 years old next February. As of Aug. 12, it yields 2.17% on a 30-day SEC basis. These days, that’s elevated in the municipal bond universe, but it’s not cause for alarm. As Tamara Lowin, VanEck senior municipal research analyst, points out, investors should dig into where exactly the muni defaults are coming from.

“While default rates increased in several sectors, the healthcare sector is responsible for most of the spike, doubling its five-year average,” she said in a recent note. “The healthcare sector is known as one of the riskiest sectors historically, mainly due to the senior-living sub-category, which includes nursing homes, assisting living facilities, and continuing care retirement communities. This category was directly impacted by the pandemic and hit harder than any other municipal sector. The nation saw occupancy levels fall, broken supply-chains, and a loss of employees, which devastated them financially.”

HYD has a 19% weight to healthcare munis – its largest segment allocation. That exposure isn’t hindering the ETF this year. Year-to-date, HYD is higher by 3.35% while the widely followed S&P National AMT-Free Municipal Bond Index is flat on the year.

That’s a sign that the concentration of muni defaults in one corner of the market isn’t denting the thesis for this asset class in general.

“The concentration of defaults in one sector affirms our belief in the strength of high yield municipal bonds overall,” adds Lowin. “The shock to the system did not result in widespread staggering defaults, but instead targeted borrowers most vulnerable to a sudden health-event shift. It is no surprise that the sector most directly impacted by the Coronavirus continues to struggle through instability. However, the size and brevity of the disruption in the remaining sectors speaks to the continued strength of high yield municipal bonds.”