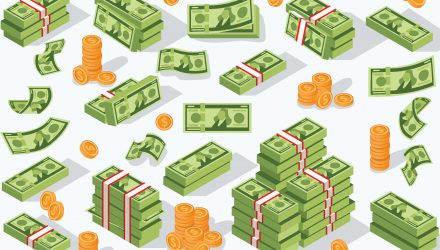 Fixed-income investors have been loath to pick up international debt exposure as foreign exchange currency swings can negate the upside potential and increase portfolio volatility. Nevertheless, bond investors can look to currency-hedged exchange traded funds to limit the risks.

“Our fixed income exposure is almost exclusively in U.S. dollars,” McCarron, told CNBC. “Currencies are volatile and they represent a much bigger part of bond returns than stock returns. Investors can get wiped out investing in global fixed income if they do it un-hedged.”

For instance, the MSCI Emerging Markets Currency index, a basket of 26 EM currencies, was down 4.5% against the U.S. dollar for the year through Oct. 24, contributing to double-digit losses in EM stocks and a 9.7% drop in EM local currency bonds. The U.S. dollar has also been appreciating against developed market currencies like the euro and Japanese yen.

“The strength of the U.S. dollar has surprised a lot of people,” Peter Wilson, global fixed income strategist for Wells Fargo, told CNBC. “It’s been driven by a number of factors.”

Specifically, the strong U.S. economy has supported the USD. Tax cuts and increased government spending have helped prop up the U.S. economy, which has been expanding faster than it has for years.