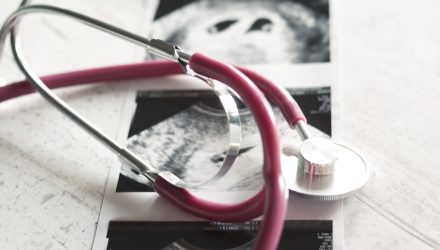 Georgia governor Brian Kemp is at loggerheads with Hollywood actors over keeping his campaign promise to sign the “heartbeat” abortion bill into law.

Actress Alyssa Milano, known for being an outspoken Liberal, and who has been filming a Netflix comedy in Atlanta, made headlines when she filed into Gov. Kemp’s office last month with a letter to speak out on the “heartbeat bill.” The bill aims to ban abortions in Georgia after a heartbeat is detected, as early as six weeks into a pregnancy. The law would offer exceptions in the case of rape, incest, or endangerment to the birth mother’s life.

Kemp told the Atlanta Journal-Constitution he won’t be affected by Milano, a known anti-Trump actress and her pro-choice arguments against the bill.

“I can’t govern because I’m worried about what someone in Hollywood thinks about me,” Kemp told the newspaper. “I ran the last two years on these issues, and I got elected with the largest number of votes in the history of the state of Georgia, and I’m doing what I told people I would do.”

He added: “Our business environment’s good. We cannot change our values of who we are for money. And we’re not going to do that. That’s what makes our state great.”

Kemp’s comments and beliefs have garnered criticism from a number of liberal groups, including Planned Parenthood.

“We warned them – we will see you in court, Governor Kemp,” Staci Fox of Planned Parenthood Southeast told The Atlanta-Journal Constitution. “And we are coming for their seats.”

This controversy between pro-life and pro-choice activists has been bleeding over into the business world as well, where an increasing number of companies seek to either support or avoid affiliations and investments in companies that do not agree with their viewpoints.

Investment giant Morgan Stanley commented, “The guidelines established for the firm’s philanthropic arm, The Morgan Stanley Foundation, stipulate that the foundation does not directly provide funding to organizations for programs related to reproductive issues. However, Morgan Stanley’s giving guidelines support employee match requests for recognized 501c3 organizations, which may include Planned Parenthood. We also provide small grants to organizations where our employees invest their time through our Volunteer Incentive Program.”

Macy’s is a part of a number of ETFs including the VTI, VO, and DVY. Morgan Stanley is held by VTI as well as SPY and XLF.