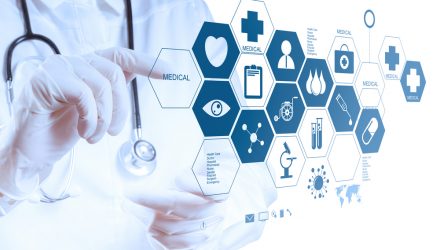 Healthcare Sector ETFs Are at the Mercy of Expiring Government Subsidies

With pandemic-era subsidies beginning to expire, healthcare could become out of reach for many Americans, potentially dragging down the health sector and related exchange traded funds.

Premiums on the so-called Obamacare health insurance plans have declined this year but are expected to surge after government subsidies expire in December, the Wall Street Journal reported.

Healthcare costs have increased along with everything else, but Americans insured through the Affordable Care Act have been backed by generous federal funding as part of the $1.9 trillion American Rescue Plan Act.

If the subsidies were to fall through without any further progress from Congress, a typical enrollee with an income of $40,000 a year would see a 55% increase in premiums for a “silver” plan, while someone making $60,000 would experience a 36% jump, according to the Kaiser Family Foundation data.

Consequently, the higher costs for health insurance could simply be priced beyond some people’s means. Over three million people are expected to just drop their insurance plan because of rising costs, according to U.S. Department of Health and Human Services estimates.

“The market really doesn’t work right now without subsidies,” Dr. Jonathan Gruber, a key architect of Obamacare and a Massachusetts Institute of Technology health care economist, told the WSJ. “Millions of people will suffer and face medical risk, and some will die as a result of removing those subsidies.”

This would also contribute to real healthcare sector concerns ahead as well, especially among hospital operators since dropped medical insurance will translate to reduced healthcare spending and lead to increased uncompensated care in emergency rooms. The Urban Institute projected that the end of subsidies could lead to an $11.4 billion annual decline in healthcare spending, with a $3.8 billion hit to hospitals. For example, HCA Healthcare, a hospital operator, could suffer a $443 million revenue drop, according to UBS.

Furthermore, Lance Wilkes, a healthcare services analyst at Sanford Bernstein, warned that the end to the public health emergency, which helped expand Medicaid enrollment by 20%, could be another big concern for the health sector. States have enjoyed increased Medicaid support from the government, but it can all come to an end once the Biden administration ends the current COVID-19 pandemic-era emergency status.