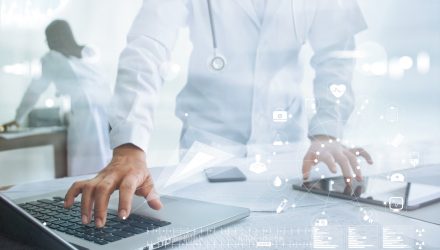 Healthcare ETFs Could Lead Again in 2019

Healthcare, the second-largest sector weight in the S&P 500, was the best-performing sector in the U.S. last year. The Health Care Select Sector SPDR ETF (NYSEArca: XLV), the largest healthcare ETF by assets, gained 6.30% last year and some analysts believe more upside is in store for the healthcare sector in 2019.

“The health-care ETF bounced off support at around $80 earlier in December, but did not break below its February and April lows. It is still in a correction down about 11 percent from its 52-week high,” reports CNBC.

Over the past 10 years, XLV is one of the best non-leveraged ETFs to own in January, generating positive returns in the first month of the year in eight of those 10 years. Additionally, medical device and technology stocks often start off well in January.

If investors favor defensive sectors in 2019, healthcare and the related ETFs are poised to benefit.