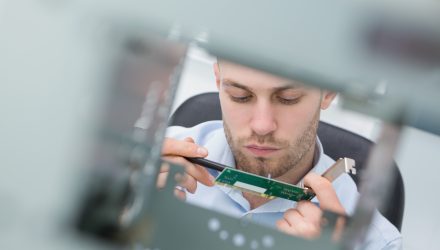 Regarding QQQ, “in the past three years, there have been seven of these pullback signals involving the 126-day. The average one-week return following these occurrences is 0.77%, but the average one-month return is a 1.10% drop, with only 50% of returns positive over this time frame. The one-month return following the Feb. 6 signal is still an open question, but the one-week return was notably weaker than average — a loss of 1.61%,” according to Schaeffer’s.