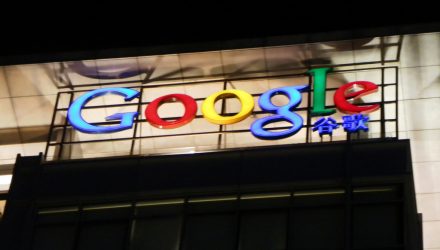 Google and Tencent to Bring Cloud to China?

Google (GOOGL) seems to be launching efforts to return to mainland China, where it has remained largely absent since 2010 after it pulled its search engine due to censorship concerns and cyberattacks.

According to reports by Bloomberg, Google has been in talks with Tencent Holdings Ltd., Inspur Group, and other Chinese companies to bring its cloud platform, G Suite, to China. Talks began in early 2018, although the recent trade tensions between China and the United States may halt the plans, according to a person familiar with the discussions.

In such a partnership, domestic companies like Tencent would provide Google with access to its data centers to run its internet-based services, such as Drive and Docs, within China. Partnering with Chinese internet giants could also give Google powerful allies in its venture to reenter the world’s second-largest economy.

Google would still face competition from rivals like Amazon and Microsoft, who have both united with domestic companies to provide their respective cloud services within China. According to a June report from Synergy, Google ranked fourth in the Asian cloud space, behind Amazon Alibaba, and Microsoft.

“You can never say never, but that is an incredibly tough proposition,” said Synergy analyst John Dinsdale.