You are at:Home»Featured»Google Surges In Extended Hours Trading Amid Optimism For Future 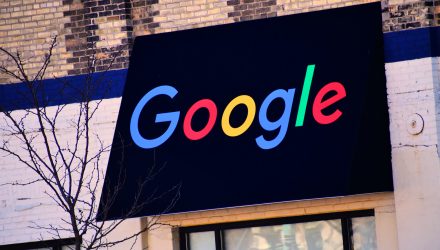 Google Surges In Extended Hours Trading Amid Optimism For Future

Google’s shares rallied as much as 8% in extended trading on Tuesday after the company reported earnings for the first quarter, despite the fact that CEO Sundar Pichai acknowledged during a conference call that the company’s ad sales had been “significantly impacted” during March and that the damage has infected into this month as well.

The stock may have climbed since both Pichai and Alphabet’s chief financial officer, Ruth Porat, underscored the fact that people are utilizing Google’s search engine and YouTube video service at a much higher rate with shelter-in-place restrictions, a trend that could result in long-term gains once the economy recovers, and sounded a cautiously sanguine note that a drastic decline in ad revenues in March was starting to be mitigated.

“As we move beyond the crisis, and the global economy normalizes, this should be reflected in our advertising revenues,” Porat added. “But it would be premature to comment on timing given all the variables here.”

Alphabet’s first-quarter revenue grew 13% from the same time last year to $41.2 billion. While most companies would celebrate that kind of growth, it’s quite a drop for Google, which has consistently generated quarterly revenue gains of 20% to 25%.

The company’s revenue growth hasn’t been at such a low level since the summer of 2015 before Google created Alphabet.

The performance announced Tuesday was still marginally better than the revenue of $40.8 billion prognosticated by analysts surveyed by FactSet Research.

The current quarter is predicted to deliver even leaner results, given that major advertisers such as airlines, hotels, and other travel-sensitive businesses have likely fallen off, as the need target consumers who are either unable or hesitant to embark on the usual summer vacations has diminished considerably.

“We anticipate the second quarter will be a difficult one for our advertising business,” Porat said during the conference call.

For a company like tech giant Google who is at risk of running a business built on delivering free digital services paid for by ads, economic disturbances can cause significant issues in comparison to other businesses that use models based on paid subscriptions that people still value in stressful times.