You are at:Home»Investing»Google: A Step Towards Autonomous Killing Machines? 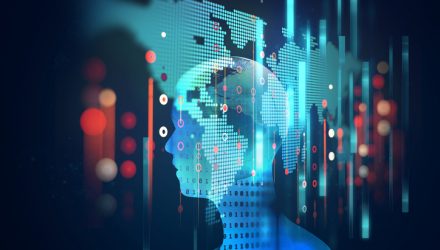 Google employees have voiced their opposition to provide artificial intelligence to a controversial military pilot program known as Project Maven, what some are calling a step towards autonomous killing machines.

In addition to the resignations, almost 4,000 Google (GOOG) employees, out of an Alphabet total of 85,000, signed a letter asking Google Chief Executive Officer Sundar Pichai to nix the Project Maven contract and halt all work in “the business of war.”

What is Project Maven?

According to Bloomberg Technology, “It was the second meeting of an advisory board set up in 2016 to counsel the military on ways to apply technology to the battlefield. Milo Medin, a Google vice president, turned the conversation to using artificial intelligence in war games. Eric Schmidt, Google’s former boss, proposed using that tactic to map out strategies for standoffs with China over the next 20 years. A few months later, the Defense Department hired Google’s cloud division to work on Project Maven, a sweeping effort to enhance its surveillance drones with technology that helps machines think and see.”

Project Maven Could Generate Millions But is Not Popular Among Employees

Project Maven could generate millions for Google but many who work inside are not for a contract that creates technology that can be used for violence. Although Google claims that the technology is not used to identify targets or to make any attack decisions, the reality is if the technology gets in the wrongs hands it could be used for that. Right now Google’s role is described as benign.

Other workers fear that working with the Pentagon will damage relations with consumers and Google’s ability to recruit new talent.