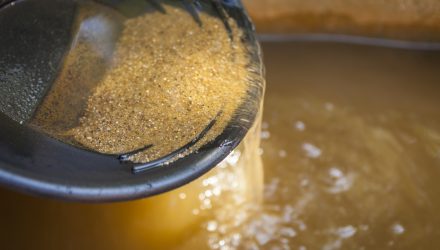 Why the Holidays Are a Good Time to Buy Gold ETFs

The SPDR Gold Shares (NYSEArca: GLD), iShares Gold Trust (NYSEArca: IAU) and other gold-backed exchange traded products have been solid performers in 2017. Year-to-date gains of nearly 10% confirm as much.

Some of that bullishness could extend into early 2018 as January is often one of the best months of the year in which to be long in the yellow metal.

“The shares of GLD recently broke support in the $120 area, but found an ally around $117.50, which represents a 50% Fibonacci retracement of the ETF’s rally from its November 2016 lows to its September highs. The fund is now on pace for its fourth straight gain, though, and is trading back atop $120 — a 38.2% Fibonacci retracement of the aforementioned rally, and representing a 10% year-to-date gain for the shares,” according to Schaeffer’s Investment Research.