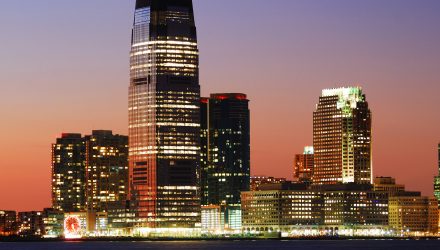 Investors have every right to fret about U.S. equities, especially with the Dow Jones Industrial Average down 6.7% thus far in October as of Friday, while the S&P 500 and Nasdaq Composite are both down 8.8% and 10.9, respectively. Nonetheless, Goldman Sachs’ chief U.S. equity strategist David Kostin is expecting the market pain to be temporary with a 6% rebound coming before the end of 2018.

“The recent sell-off has priced too sharp of a near-term growth slowdown,” said Kostin. “We expect continued economic and earnings growth will support a rebound in the S&P 500.”

Amid third-quarter earnings reports last week, the Dow experienced four out of five losing sessions last week as technology stocks continued to sell off, signaling a sign that the decade-long bull run could finally be coming to a close. The S&P 500 followed the Nasdaq into a market correction phase, dropping 3.9% to almost match the Nasdaq’s 3.8% drop in what’s been a volatile October for U.S. equities.

Other market analysts’ assessment are in accordance with Goldman Sachs as Chris Verrone, head of technical research at Strategas Research Partners, sees a floor in the latest sell-offs. According to Verrone, the major indexes have reached “within the ballpark of a tradeable low.”