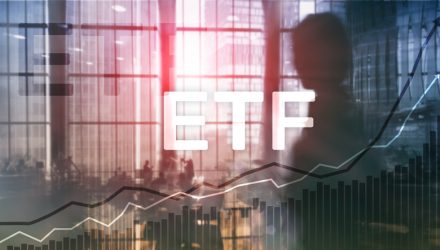 As money managers look to capitalize on the growth in ETFs, more may turn to shifting client cash into their own product launches.

For example, Goldman Sachs Inc. is among the latest to adopt an approach utilized by JPMorgan Chase & Co. after the money manager filed for a number of broad-based index products with dirt-cheap expense ratios, Bloomberg reports.

Some believe Goldman Sachs could follow a so-called strategy of bring your own money to the ETF business, or cloning popular ETFs with a cheaper cost to stay competitive and moving client cash into its own beta index ETFs.

“As we continue to grow and build out our ETF business, along with our recent acquisitions, it just makes sense in some areas for us to have the building blocks that fuel those portfolios,” Steve Sachs, head of capital markets for ETFs at Goldman, told Bloomberg.

JPMorgan Chase & Co. has catapulted into the ETF scene through a similar strategy after eschewing specialized themes for funds that tracked broad developed market benchmarks with low costs under its so-called BetaBuilders suite. The strategy paid off and helped JPMorgan’s ETF assets surge to nearly $30 billion within a 14-month span.

“JPMorgan saw this as a smart move ahead of anyone,” Bloomberg Intelligence analyst Eric Balchunas said. “We’ve seen how hard it is to get any assets. But bringing your own assets gets you mojo, and mojo gets people in the door and investors on the phone.”