You are at:Home»Gold & Silver Investing Channel»The Green Revolution Will Be Silver 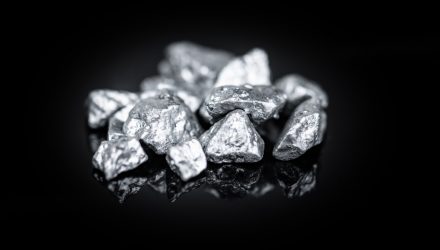 The Green Revolution Will Be Silver

Silver is going to be a key component of the green revolution. Due to its unique conductivity and inherent physical properties, it is an important ingredient in numerous green technologies, ranging from electric cars to solar panels.

Back in 2019, over $141 billion was spent on solar technology. With weather-related disasters, record heat waves, and impossible-to-ignore manifestations of climate change since then, that type of spending is only likely to increase.

Countries are starting to incentivize green technology as the push for sustainability becomes more and more urgent. China is looking to be carbon neutral by 2060, pivoting its economic incentives away from the tech and internet firms and into companies that have stronger environmental considerations. President Biden has included a proposed $174 billion in his infrastructure plan to support the creation of half a million electric vehicle chargers. The global number of electric vehicles on the road rose 43% in 2020. The International Energy Agency predicted between 125 million and 220 million electric vehicles to be on the road by 2030. There’s reason to believe those numbers could be exceeded.

In addition to large-scale investments in photovoltaic panels and government spending and policy, silver also stands to benefit from inflation. Like gold, silver can be a hedge against inflation, and though fears have cooled somewhat, inflation is still the highest its been in 13 years. If COVID variants become stronger, there’s a chance another lockdown could result, which would mean additional stimulus and even more spending. It is not impossible to imagine a repeat of the stag-flation of the 1970s. If that happens, gold and silver would both benefit.

The precious metal space has been unpredictable in the past few weeks, but the next few years are crystal clear. Given this outlook, physically backed ETFs like the Sprott Physical Silver Trust (PSLV) can offer investors an opportunity to get exposure to a metal that will only grow in importance as the world pivots to a greener future.