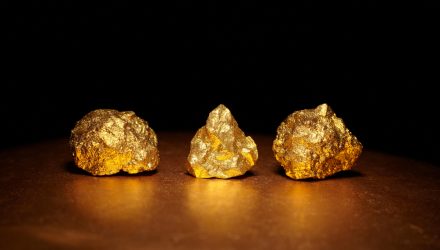 Precious metals exchange traded funds are regaining some of their luster as investors look to the safe haven assets in response to growing concerns over the delta variant of the coronavirus.

Among the better performing non-leveraged ETFs of Friday, the Aberdeen Standard Physical Silver Shares ETF (SIVR) advanced 1.9% and the iShares Silver Trust (SLV) was up 1.9%. The SPDR Gold Shares (NYSEArca: GLD) was 0.8% higher. Comex gold futures pushed 0.7% higher to $1,790 per ounce and Comex silver futures increased 2.1% to $26.7 per ounce.

Commodity watchers were also waiting on the latest monthly report on the U.S. labor market, but a higher-than-expected non-farm payroll and a slight rise in percentage of unemployment rates helped ease fears that the Federal Reserve will take drastic action on its accommodative monetary policy, which would have weighed on assets like precious metals.

“A sharper-than-expected rise in employment figures could put renewed pressure on gold because this would increase the probability of an earlier Fed rate-hike,” Commerzbank said in note, according to Reuters.

Analysts have also speculated that bullion found some support on the back of growing concerns over the delta variant of COVID-19, which has proven to be more infectious than other variants.

“The precious metal may have found support in the renewed virus woes that have hurt sentiment in Asia, though subdued long-term Treasury yields may also be propping up gold prices,” Raffi Boyadjian, senior investment analyst at XM, said in a research note, according to MarketWatch.

“There is still uncertainty regarding when and how much countries will be opening up,” Xiao Fu, head of commodity market strategy at Bank of China International, said while pointing out “a very rapid rise in new cases in London.”

On the other hand, precious metals could begin to weaken if the uncertainty surrounding Covid-19 abates.

However, “if the global economy embarks on a very solid, smooth and strong recovery (aided by vaccines) then gold could be subject to further headwinds,” Fu added.