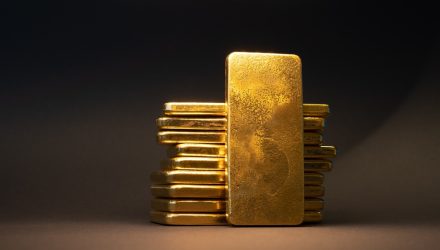 Gold mining stocks are close to achieving an unusual landmark. For the first time since data started being collected, the dividend yield for gold miners is set to surpass that of utilities. 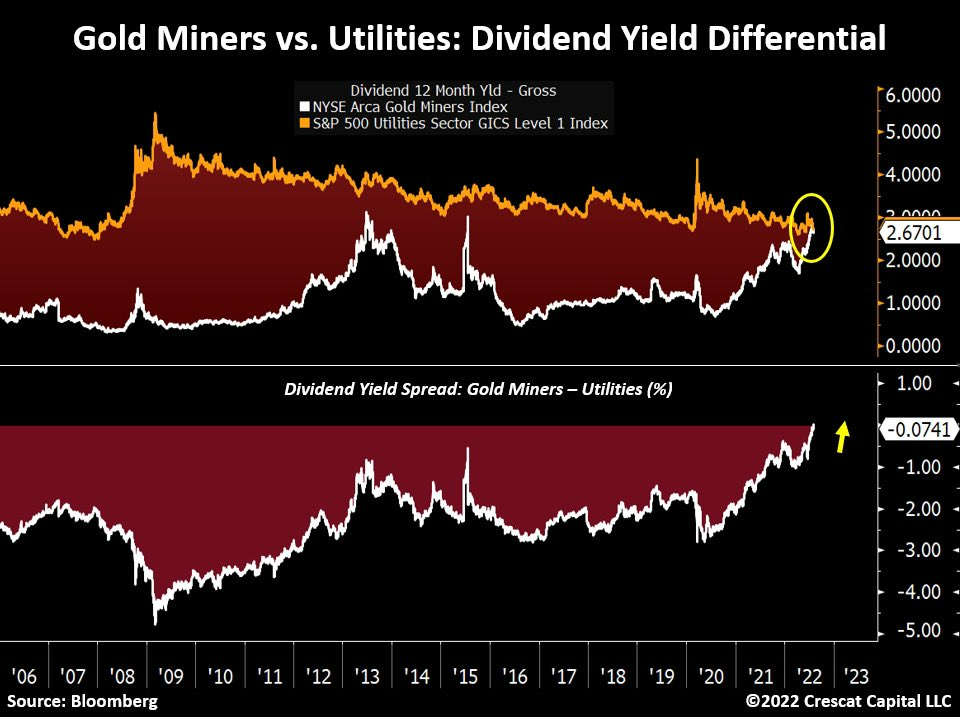 Miners have had a particularly rough year, especially in comparison to gold, which has managed to stay relatively flat while the markets were pounded by volatility, inflation, and recession fears. Goldspeak.com’s Peter Spina noted to Barron’s that miners were trading as if gold was under $1,500. The gold mining sector has been “decimated,” Spina said. “As long as the gold price holds up here and starts to rise again, gold stocks will have a big reversal rally.”

Given their current valuations, investors could be wise to get exposure to miners now through ETFs such as the Sprott Gold Miners ETF (SGDM) or the Sprott Junior Gold Miners ETF (SGDJ). Early in the pandemic, miners took advantage of the pause to clean up their balance sheets and improve their infrastructure. Now, they are available at incredible values, providing strong dividend yields (not to mention buyback potential) with tremendous upside, given the current inflationary environment and gold miners’ historic performance in such climates.

Gold as a whole could be poised for a big breakout. The yellow metal has managed to tread water in 2022 despite headwinds from a hawkish Fed, a strong dollar, and (most recently) a strong labor market that has added enough jobs to restore employment to its pre-pandemic levels. If the gold price finds its rallying point, mining stocks won’t be far behind.

Despite some good economic news of late, the market remains uncertain, which could be good news for gold. Sprott’s Paul Wong noted, “Inflation and concurrent recession fears began to crystallize around the end of Q1 and have increased since.” He continued nothing that, even so, “selling flows far outweigh any message inflation, or recession, has on gold.”