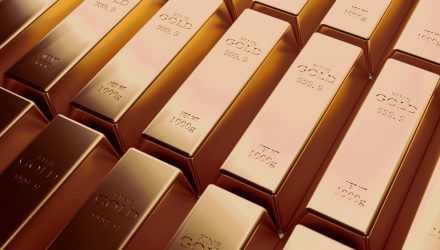 Now Could Be the “Perfect Time” To Buy Gold

Gold’s “bizarre” era may be nearing a close, according to Mad Money host Jim Cramer.

“The charts, as interpreted by the legendary Larry Williams, suggest that the general public’s giving up on gold en masse and he thinks that that makes it the perfect entry time to do some buying,” Cramer said.

Gold has seemed poised for a breakout for a long time, and after gold futures fell Wednesday following hawkish Fed Reserve comments and a strengthening dollar, small speculators slid into their smallest long position since May 2019. May 2019, of course, predated the last major gold rally.

Traditionally, when small speculators get too bullish on gold, it’s a sign the yellow metal is about to peak. When they get too bearish, that tends to be a sign the gold has hit a bottom and is about to rally. Kramer doesn’t think investors should always do the opposite of what small speculators are doing, “That would be too glib, but [Williams] points out that in the last nine years, whenever their net long position in gold has been this low, the actual metal has rallied. And the best-selling points all came at moments when they had large long positions.”

The Inflation Shoe Is Finally Close to Dropping

Gold is considered a “second half” inflation player, meaning it tends to perform well once inflation has settled in. The current era of gold has been marked by lackluster performance despite some conditions favoring the yellow metal. Several headwinds, including an aggressive Fed and a surprisingly strong dollar, have kept gold from really taking off.

Kramer noted, “Last year, we had rampant inflation, and gold didn’t do much for you. I thought the culprit was crypto. That people who normally hide their money in gold were instead buying cryptocurrencies. This year, the whole crypto ecosystem has collapsed. Meaning that gold doesn’t have much competition. And we’ve gotten insanely high inflation readings, the worst in decades. Yet gold is basically flat for the year.”