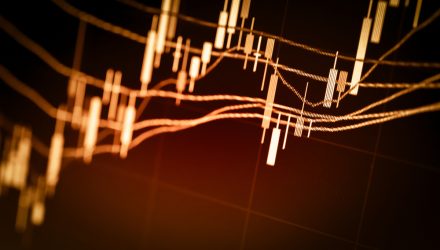 In 2019, spot gold rose 18.13% and surged 25.12% before hitting a muted 2021 as the yellow metal consolidated. Kargutkar expressed surprise at the about-face enthusiasm displayed by investors, noting that despite persistent negative real rates, inflation, and worldwide deficits, investors diminished their bullion allocations in 2021.

In discussing inflation, Kargutkar noted that it goes beyond monetary policy, as supply chain bottlenecks have risen the price of everything. The Fed has a “dual mandate” to ensure maximum employment and price stability. If it hikes rates too quickly, that could contract the economy. If it goes too slowly, it won’t be able to reign in inflation. “I think that the Fed may choose the lesser of two evils, which for now is to ensure that there is continued economic stability. And as a result, my thinking currently is that the Fed will hike, but not with the aggression needed to significantly tamp down the inflation that we’re seeing right now,” Kargutkar said. This is a positive for gold and could set it to move out of consolidation and into an upward trend.

The other big factor for gold, Kargutkar noted, is investor demand. In 2020, physical demand from China and India greatly diminished, and that weakness continued in the first half of 2021. However, Asian imports surged in the second half of the year. “I expect to see that demand continue for both India and China heading into 2022, and we’re starting to see early signs of investors starting to come back to gold,” Kargutkar said.

Kargutkar predicted a huge opportunity in precious metal equities, noting, “I’ve been following this space for well over a dozen years now, and I’ve never seen anything close to the valuations that we’re seeing in precious metals equities today.” Precious metals producers are returning capital, growing their balance sheets, and seeing record-high margins with the price of gold trading up. A dearth of exploration in the past decade means that some companies have the potential to create incredible value for their shareholders.

Kargutkar sees gold and silver miners as having to contend with inflation and supply chain difficulties, but noted that the all-time high for margins offsets that. “For companies operating in certain parts of the world, especially those with remote operations, supply chain logistics and procurement have never been as important as it is today, and this is due to all the issues that we’re having on the supply chain side. That’s a trend that we’re keeping a very close eye on.”

Silver has value both as a precious metal and as an industrial one. Kargutkar noted that silver demand has been overwhelmingly tilted toward its industrial side, and he doesn’t see that as changing much in 2022. “I think the key determinant in 2022 will be the focus that institutional investors and large retail investors start to pay toward silver ETFs and if they’re allocating money into either the ETFs or the bullion funds or in the physical metal outright. I think that will be the single most important driver as far as silver prices are concerned.”

He went on to point out that palladium and nickel have seen way more shortages than silver, but there is still potential for silver to surge to $30/oz. It would require a move of about 25%, and Kargutkar noted that “silver tends to make large moves regularly.”

When asked if he’s more bullish on gold or silver, Kargutkar hedged, noting that he was bullish on both metals but for different reasons. “Gold has been a store of value for thousands of years, and with inflation persisting and economic growth flagging, I cannot help but be bullish on gold as an asset allocator. But as a speculator, I’m just as bullish on silver. It is more volatile than gold, but silver tends to do even better when gold does well. I think silver has more upside than gold if we’re talking about price appreciation purely from a percentage price appreciation perspective.”