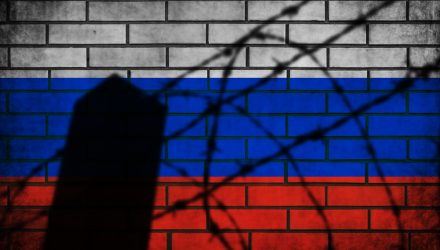 As G7 Winds Down, Russia Hit With More Sanctions

As of the time of this writing, the U.K., the U.S., Japan, and Canada have already announced a ban. Germany’s Chancellor Olaf Scholz indicated that discussions within the European Union were still ongoing, however.

In 2021, Russian gold exports exceeded $16 billion. Russia produces about 10% of the gold mined globally each year, and gold is the country’s biggest export outside of energy. Gold has become increasingly critical to Russia’s Central Bank, as the yellow metal has allowed it to absorb some of the economic ramifications of previous sanctions. To further curtail Russia’s military efforts in Ukraine, the U.S. has also implemented sanctions designed to impede Russia’s defense and economy. Aside from sanctions on gold, the Treasury also named some 20 entities that develop, produce, and service military electronics gear under the Rostec-owned Ruselectronics electronic company.

The impact of these sanctions is unclear. Many experts think that Russia will still be able to find gold buyers, albeit at a discounted rate, in countries like the U.A.E., India, China, and Turkey instead of global financial centers such as Switzerland and the U.K.. According to World Gold Council data, jewelry fabrication remains the primary demand driver for gold, so Russia is unlikely to have difficulty selling gold to countries that have strong demand for jewelry.

Gold has remained relatively flat today as investors wait for more information, but with persistent global inflation on the table, gold is well positioned for a breakout. Investors can get exposure to physical gold through the Sprott Physical Gold Trust (PHYS). Miners also thrive in high market environments like this, so equities plays like the Sprott Gold Miners ETF (SGDM) or the Sprott Junior Gold Miners ETF (SGDJ) could also protect a portfolio from the increased volatility that lies ahead.