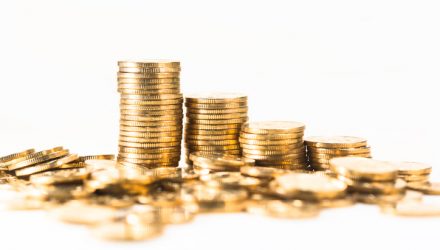 “The rally in the price of gold went into overdrive on Friday with the metal hitting a near six-year high on a combination of a weaker dollar, slumping bond yields, geopolitical uncertainty, trade tensions and institutional money pouring into the sector,” reports Frik Els for Mining.com.

A data-fueled Fed no doubt took into account the latest economic data, such as the latest jobs report from the Commerce Department as an indicator on the health of the economy. Earlier this month, the Labor Department revealed that only 75,000 jobs were created in May, which fell below expectations and could be a sign that the U.S. economy could be on the verge of a slowdown.

“Contracts representing 45m ounces had been traded by 1pm in New York on Friday meaning that over the last two days the equivalent of almost a year’s worth of gold mining exchanged ownership,” according to Mining.com.

“The wire service also quotes from a report by investment bank Citigroup saying ‘the enthusiasm is justified’ and $1,500 to $1,600 an ounce is possible in the next 12 months under a bullish-case scenario that includes borrowing costs falling below zero,” notes Mining.com.