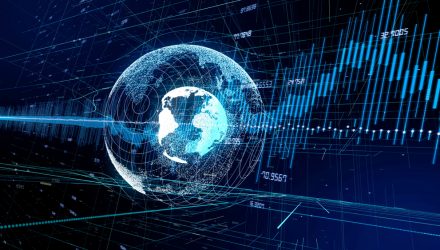 U.S. equities started August on a strong note, rebounding losses from the first half of the year, but reversed course to end the month in negative territory after a hawkish Fed and recession fears weighed on investors, according to S&P Dow Jones Indices commentary.

The Xtrackers Low Beta High Yield Bond ETF (HYDW) and the Xtrackers MSCI USA ESG Leaders Equity ETF (USSG) were the most popular funds in DWS’ lineup of ETFs in August, as measured by net inflows.

HYDW, which has $1.5 billion in assets under management, took in $243 million in net inflows during August. Year to date flows totals $554 million, according to VettaFi.

The fund tracks an index of “junk” bonds — debt issued by borrowers with a higher risk of default — that exhibit lower market beta. In other words, HYDW tries to be less risky than the overall high-yield debt market, according to VettaFi.

HYDW is priced competitively – charging 20 basis points – and has attracted a decent amount of assets since its 2018 launch. HYDW is a strong offering for investors who want the higher returns that come with the risk of junk debt but want to mitigate some of that risk by tilting toward higher quality issuers, according to VettaFi.

USSG saw $50 million in August inflows, partially offsetting outflows earlier in the year. The $3.1 billion fund has seen $406 million in net outflows year to date, according to VettaFi.

USSG tracks an MSCI index of U.S. stocks, selecting those securities that score the highest relative to their peers on ESG factors. USSG includes companies that score in the top 50% of scores in each sector — and thus will own about half as many companies as the parent index — and then weights those stocks to keep the sector allocation in line with the parent index, according to VettaFi.