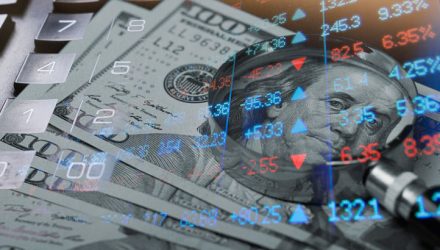 Global Bull Market is Not Over; Non-US Outperformance Has Barely Begun

Non-US stock markets have now outperformed the US for three consecutive quarters. The following questions dominate those we are being asked:

Taking the second question first, let’s look at the relative performance of Developed and Emerging stock markets to the US.

In the chart below, we show the relative performance of Developed markets outside North America relative to the US (the blue line) and the same for Emerging Markets (the red line) over the last 20 years. You can immediately see that there have been long cycles of out and underperformance. The last five years have seen the US lead global markets higher, significantly outperforming.

If international markets are going to outperform the US in the coming years, the chart below indicates that it has barely begun. In our opinion, investors who have not diversified their stock portfolios globally are being presented with an attractive opportunity to switch from the US to International. 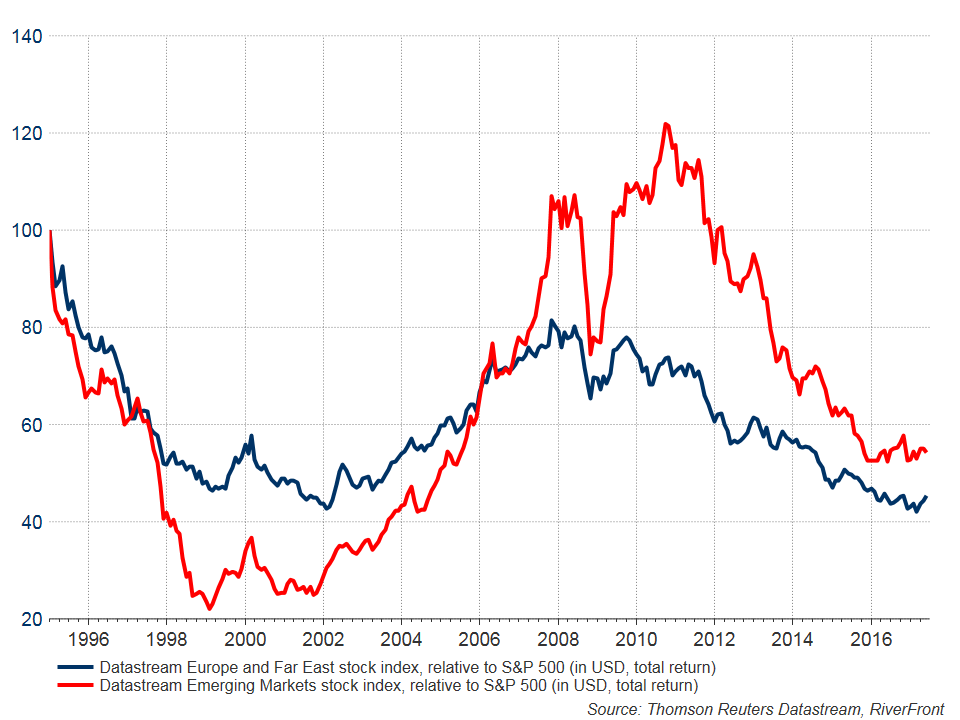 After a strong year, are we due a correction? If I have cash, should I invest now or wait?

It has been a good year for many stock investors; the MSCI World Index is up almost 20% over the last twelve months, and the returns have been evenly distributed, with the US a slight laggard. The S&P 500 is about 100 points (4%) above its rising one year moving average, which it last tested just before the election last November. The S&P 500 has more than doubled over the last five years, with its worst period being a 12% decline from May 2015 to February 2016. From a technical perspective, this is a healthy picture and a pullback of 4-5% sometime in the 3rd quarter might present a good entry point in our view. That said, market timing is a precarious business and we strongly believe deploying cash in installments over several months is one way to take the emotion and market timing out of the decision.

Unlike the US, overseas markets, as represented by the MSCI World ex US index, have been range-bound over the last five years having peaked in April 2011 and June 2014. The index is once again approaching the top end of the range. Again, a pullback from current levels would not be surprising, but we believe this advance will make it through to new highs and eventually exceed the 2007 peak over the next few years so we again suggest a process of adding incrementally.

Fear and Greed have always dominated investor emotions, but since the 2008 stock market collapse, fear and caution have been most prevalent in our view. We believe this   is a positive thing. There is an old adage that a bull market climbs a “wall of worry”. Two things would cause us to be strategically concerned: 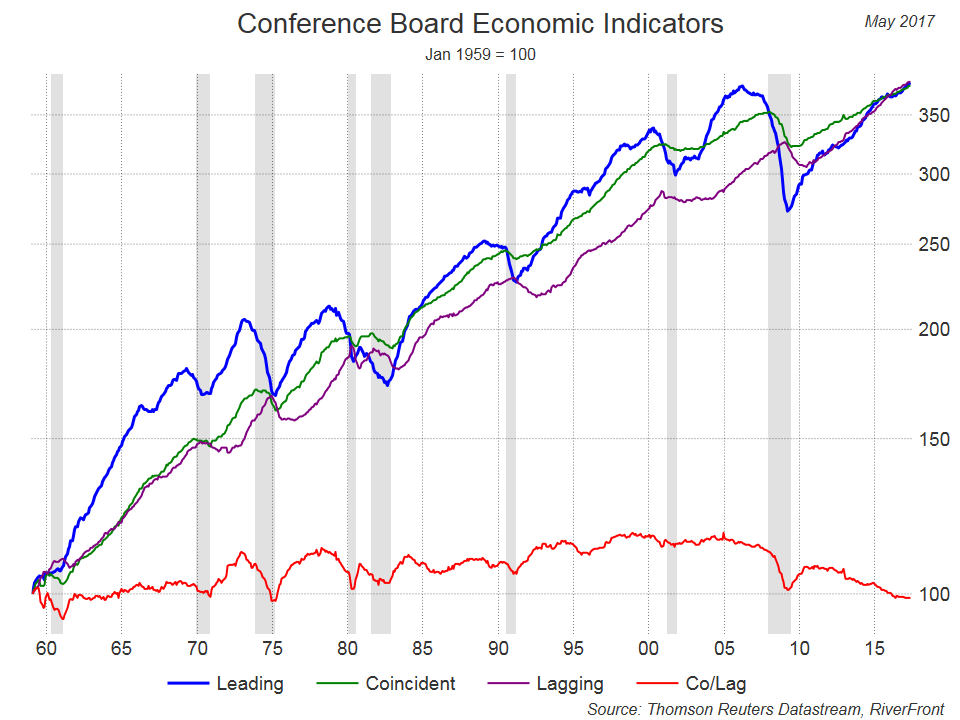 Conclusion: In our asset allocation portfolios, we remain invested in line with our strategic benchmarks, which prefer stocks to bonds. We lowered portfolio risk slightly in our shorter time-frame models in 2017 to reflect the substantial gains in US stocks, but currently remain constructive on stock markets, especially overseas.