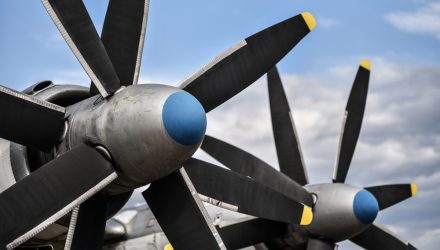 Gabelli Funds has launched its fifth ETF, the Gabelli Commercial Aerospace & Defense ETF (NYSE Arca: GCAD), which begins trading on the New York Stock Exchange on January 4. GCAD will focus on the aerospace and defense sectors, one of Gabelli Funds’ research core competencies.

The fund currently trades under a different name (the Gabelli Equity Income ETF), but the issuer has amended its registration statement to officially change the fund’s name to reflect its focus on aerospace and defense.

GCAD’s investment objective is to achieve a high level of total return with an emphasis on income. The fund will seek to invest in aerospace companies that include manufacturers, assemblers, and distributors of aircraft and aircraft parts as well as defense companies, including producers of components and equipment for the defense industry, such as military aircraft, radar equipment, and weapons.

Lieutenant Colonel G. Anthony (Tony) Bancroft, USMCR, is the team leader and portfolio manager of the fund. Bancroft joined Gabelli Funds in 2009 after serving as an F/A-18 Hornet fighter pilot with the United States Marine Corps.

As with the previous ETFs launched by Gabelli, GAMCO will offer a “loyalty” program under which the first $25 million of the fund’s assets under management will incur no fees and expenses.