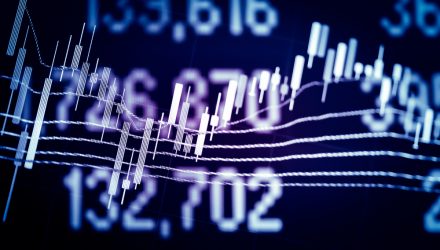 Nibble at Cloud Stocks With This ETF

Cloud computing stocks endured a rough fourth quarter, and the group’s start to 2022 is proving to be comparably unpleasant as an array of tech stocks are scuffling early in the new year.

However, some of the largest, more mature companies in the space could still deliver for investors as 2022 unfolds. Investors can wade into the group in diversified fashion with the Goldman Sachs Innovate Equity ETF (GINN).

“In software, IT departments have been focused on digital transformation for several years, first from the secular shift to cloud computing and software as a service, or SaaS, followed by the coronavirus pandemic and the critical rush to implement remote working tools,” says Morningstar analyst Brian Colello. “We foresee enterprises using software to modernize all types of business processes, in turn leading to software industry growth at a low-double-digit compound annual growth rate (CAGR).”

Acknowledging that the tech sector, despite its recent trials and tribulations, remains slightly overvalued, Colello says that there are “attractive margins of safety for investors in large-cap software” — a group that’s well-represented in GINN.

For example, the Goldman Sachs exchange traded fund allocates 4.1% of its weight to Microsoft (NASDAQ:MSFT) and Amazon (NASDAQ:AMZN), the two largest cloud companies. Both companies, which are top five holdings in GINN, aren’t reliant on cloud computing. For now, that could be a plus, but they have more than adequate exposure to this fast-growing theme to position GINN investors for a possible software rebound.

Among the ETF’s dedicated cloud holdings that could be in for better things as 2022 unwinds is Vmware (NYSE:VMW).

“We believe that VMware has developed an enviable position by becoming the commonality between clouds, including the hyperscale cloud providers, and on-premises environments,” says Colello.

“In our view, Salesforce will benefit further from natural cross-selling among its clouds, upselling more robust features within product lines, pricing actions, international growth, and continued acquisitions such as the recent Tableau and Slack deals,” according to Colello.

Both stocks are members of the GINN roster, but it’s worth noting that the ETF’s fortune aren’t determined by one or a small number of equities because the fund doesn’t allocate more than 2.5% of its weight to any of its 463 holdings.