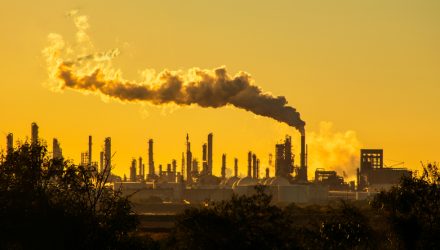 Climate change isn’t just a hot topic in general news and political arenas. It’s very much a point of emphasis in the investment community.

It doesn’t have to be that way, and, fortunately, plenty of fund issuers are responding with climate-aware strategies, including the newly minted Goldman Sachs Future Planet Equity ETF (GSFP). As an active fund, GSFP is exceedingly relevant today. Comments made by Kjaer to Bloomberg’s Charles Daly prove as much.

One of the points the investment chief suggests is not trying to turn a bad company “good” when it comes to climate change. That sentiment is catching attention in the investment community.

“Such comments have begun to strike a nerve as some of the puffery around ESG investing starts bumping up against reality. Former insiders have come forward to expose what they say are the misleading ESG claims being made by investment professionals. And asset managers that made bold declarations about their ESG credentials now find themselves the target of international investigations,” according to Bloomberg.

Home to nearly $60 million in assets under management following its mid-July debut, GSFP is an ideal option for today’s climate-aware investors. The Goldman Sachs ETF employs a broad-based approach that addresses carbon emissions while featuring companies with exposure to improving the climate situation.

“Governments, corporates and consumers are aligned in driving a global sustainability revolution. Yet the scale of the challenge is so large that a holistic approach is necessary, with solutions to reduce greenhouse gas emissions required across many different activities,” according to Goldman Sachs.

GSFP is also relevant because of its focus. Conversely, many competing strategies may lack the climate action they purport to have. Additionally, GSFP can keep investors engaged for the long-term because it removes the burden of stock picking. That’s important because it may take a while for climate investing to gain wider acceptance.

“Kjaer says he’s not convinced the global finance industry has the power to deliver the needed change. In part because any meaningful ESG strategy should apply to much longer time horizons than those typical of publicly traded markets,” according to Bloomberg.