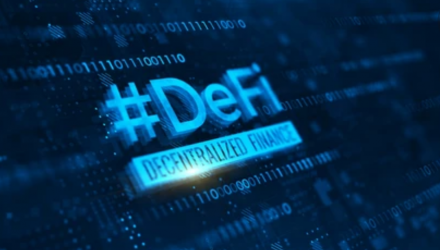 Goldman Sachs filed Monday with the SEC to launch an ETF with exposure to blockchain and decentralized finance companies internationally.

The Goldman Sachs Defi and Blockchain Equity ETF would track the Solactive Decentralized Finance Blockchain Index, which offers exposure to companies aligned around two different themes: the implementation of blockchain technology and the digitalization of finance.

Solactive AG uses a four step rules based methodology to determine the components of the Index. According to these rules companies must have average daily trading volume of at least $1 million and a total market capitalization of at least $500 million to be eligible. In addition, the stock must be listed on a regulated stock exchange and not restricted to residents of Mainland China in order to be eligible.

Eligible companies are then screened using key words and a proprietary natural language processing algorithm that scours public filings and data to identify companies with significant exposure to one or both themes.

Companies under consideration are then assigned a “thematic relevance score”, with the highest scoring companies included in the index.

Index constituents are then weighted according to market capitalization.

According to the Solactive Blockchain Technology Performance Index factsheet, companies currently included in the index run the gamut from social media companies, like Facebook (FB), to tech/consumer electronics companies like Nokia (NOK).

The companies the fund considers would be from a variety of global markets, including Australia, Canada, France, Germany, Hong Kong, Japan, South Korea, Switzerland, the Netherlands, the United Kingdom and the United States.

The filing listed Raj Garigipati and Jamie Mcgregor as the fund managers. No management fee was listed.

Goldman’s fund joins over a dozen other crypto ETF applications currently before the SEC.

While many initially predicted that 2021 might finally see the launch of a long-awaited physical bitcoin ETF, the SEC has delayed decision making on multiple proposals in the past few months.