You are at:Home»Future ETFs Channel»Compelling Outlook for This ETF as Emerging Markets Up Decarbonization Efforts 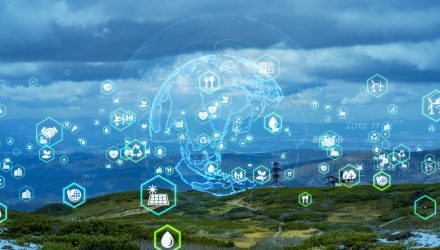 Compelling Outlook for This ETF as Emerging Markets Up Decarbonization Efforts

In the global conversation about climate awareness, decarbonization efforts, and the adoption of renewable energy, much of the focus tends to fall on the U.S. and Europe’s efforts instead of those by developing economies.

However, it is accurate to say that China, India, and many more are grappling mightily with pollution issues. As emerging markets step up to the plate, there could be opportunity with climate- and carbon-focused exchange traded funds such as the Goldman Sachs Future Planet Equity ETF (GSFP).

“Reaching the globally agreed climate goals requires speed – notably a 50% reduction in emissions by 2030, according to the UN. Emerging markets account for an increasingly large share of global emissions – now 34%, or 65% including China,” according to BlackRock research. “The choices these nations make as they build out their infrastructure will shape climate risk for all. But they are not able to meet their investment needs alone, and there is insufficient cross-border public/private finance filling the gap.”

While GSFP features modest emerging markets exposure — Asia ex-Japan accounts for 8.1% of the fund’s weight — there’s more to the story. GSFP member firms are tethered to the theme of elevated spending to reduce carbon emissions, and emerging economies are going to have to spend in significant fashion to adequately contribute to global decarbonization efforts.

“Massive investment is needed to decarbonize every sector of the economy. We believe this could come at a cost of at least $1 trillion per year. We exclude China from our estimate – given its greater capacity to finance its own journey to net zero and contribute to the global effort,” adds BlackRock.

While many investors are apt to focus on China’s carbon-reduction efforts, which is sensible given the country’s perch as the second-largest economy in the world, other countries could drive GSFP upside by spending on products and services offered by GSFP components.

“Even taking a conservative view of the investment need, current financing is nowhere near sufficient. In 2020, investment in decarbonization in EMs (excluding China) amounted to just $150 billion per year – only a sixth of what’s needed,” concludes BlackRock.

Those figures indicate that there’s work to be done, and it’s going to be lengthy process. That could be a sign that GSFP is a credible long-term idea for climate-aware investors.