You are at:Home»Featured»From Debt to a $62.5M Startup: Rodney Williams on His ‘Internet of Sound’ Software 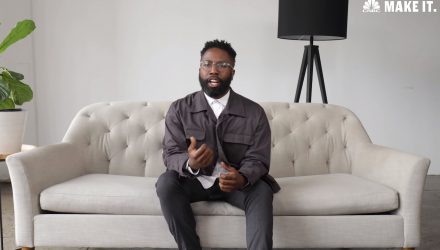 From Debt to a $62.5M Startup: Rodney Williams on His ‘Internet of Sound’ Software

“I was in debt, I had depleted my savings… I maxed out every credit card that I could.”

From having a comfortable six-figure corporate job at Procter & Gamble to being nearly $100,000 in debt, it’s safe to say that Rodney Williams risked it all when launching his startup.

At TechCrunch Disrupt 2017, Williams, co-founder and CEO of the company, described LISNR as software that “unlocks the power of data over audio.” LISNR, which powers over 30 million devices as of last year, allows communication and data transmission via ultrasonic (inaudible by the human ear) soundwaves, rather than through traditional WiFi or Bluetooth channels. Such a technology also eliminates the need for conventional hardware frameworks like antennas and transmitters.

The capabilities of LISNR allow for wide-scaling and practical uses. Williams included examples such as ticket validation at a concert or event, or instantaneous notifications to attendees of a sports game, regardless of if the device is connected to the Internet. In his TechCrunch demo, Williams showcased LISNR by having two phones, both on airplane mode, send messages to each other.