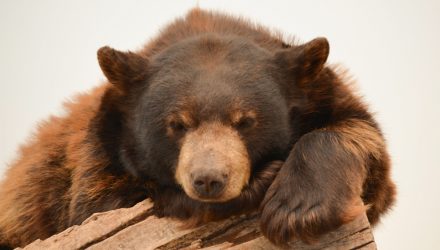 While stocks have rallied in recent weeks, we’re not out of the woods yet. According to Goldman Sachs strategist Peter Oppenheimer, stocks are still in bear country.

“The bear market is not over, in our view,” Oppenheimer wrote in a note to clients. “The conditions that are typically consistent with an equity trough have not yet been reached. We would expect lower valuations (consistent with recessionary outcomes), a trough in the momentum of growth deterioration, and a peak in interest rates before a sustained recovery begins.”

Oppenheimer added that the investment bank still thinks “the near-term path for equity markets is likely to be volatile and down before reaching a final trough in 2023,” and that he expects “overall returns between now and the end of next year to be relatively low.” (Oppenheimer made the same warning in early September).

So, while stocks remain in bear country, investors may want to target companies that have strong free cash flow.

Free cash flow is the cash left over after a company has paid expenses, interest, taxes, and long-term investments. It is used to buy back stocks, pay dividends, or participate in mergers and acquisitions. And according to FCF Advisors, free cash flow is a better metric for profitability than earnings.

Bob Shea, CEO and CIO of FCF Advisors, told VettaFi that his firm believes that while “GAAP earnings have significant disadvantages,” and “accounting practices allow a lot of leeway and discretion to management… The ability to manipulate and distort free cash flow is a lot more difficult than with earnings.”

The FCF US Quality ETF (TTAC) aims to outperform the Russell 3000 through a fundamentals-driven investment process that selects an average of 144 stocks based on free cash flow strength. Its holdings are then weighted by a modified market-cap log transformation, allowing increased exposure to companies with the strongest proprietary free cash flow rankings.

TTAC’s portfolio will also be rated with an ESG score, excluding companies with low ESG ratings. Firms with an extreme rise in shares count and increase in leverage are excluded.

“By taking a forward-looking, fundamental approach to security selection, TTAC’s holdings are distinct from what advisors would find in a market-cap weighted index ETF,” said Todd Rosenbluth, head of research at VettaFi.

“Free cash flow is so important right now, given that the allocation environment has gotten exponentially more difficult in 2022,” Shea said. “Cohorts have never seen an environment like this. In a difficult environment, people want to make sure they understand what they own.”