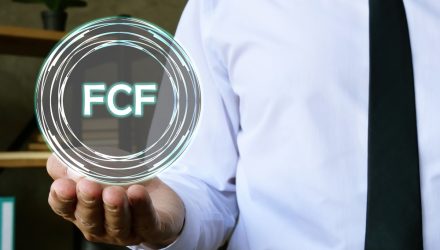 ETF of the Week: FCF US Quality ETF (TTAC)

VettaFi’s vice chairman Tom Lydon discussed the FCF US Quality ETF (TTAC) on this week’s “ETF of the Week” podcast with Chuck Jaffe of “Money Life.”

Free cash flow is the key ingredient to TTAC. Introducing the fund, Lydon said, “show me the money, Chuck!” Most general U.S. market index funds don’t focus on quality and free cash flow. As Lydon noted, “today’s markets are a lot different than they were a year ago.” A year ago, growth was king, but today’s investors are in more of a protective world, on the lookout for good companies with strong fundamentals that can withstand the roiling markets. “Free cash flow is a marker for higher quality. It limits exposure to rising bankruptcies, degrading credit quality – it’s the cash flow that’s leftover after a company has paid its expenses,” Lydon said.

Free cash flow can be used by companies in several ways. It can fuel stock buybacks, pay out dividends, and even be the driver for a critical acquisition. With both fixed income and equity markets struggling and the economy on the brink of a recession, stability is more important than ever. “It’s all about being valid, solid, and having longevity,” Lydon noted.

TTAC is an actively managed fund, with some flexibility. Jaffe observed that TTAC has done a lot better than its peer group amid the downturn.

Lydon sees TTAC as a disciplined fund, which boils the Russell 3000 down to 150 stocks and then weighs those stocks for increased exposure to companies with the strongest proprietary free cash flow ratings. “This portfolio does not look like the S&P 500,” Lydon said, “it has large-cap, small-cap, and mid-cap stocks.” This is critical given that small-cap stocks are currently positioned to do better than large-cap stocks, given the strong dollar. Bigger companies with multi-national presences have to contend with weaker foreign currencies cutting into their bottom line, while a domestic small-cap firm might find the U.S. dollar goes a lot farther when purchasing goods and services abroad while still doing business stateside.

Given that the S&P sector weightings have changed dramatically over the past few years, TTAC makes an interesting diversification play for investors who want to be invested in stocks. “This diversifies into areas that are safer,” Lydon said.