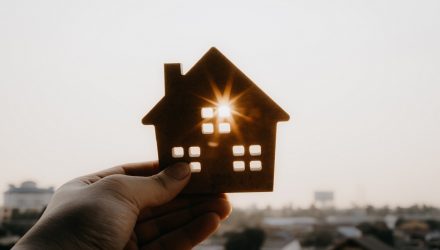 Ian Young March 12, 2020
Despite the coronavirus-driven panic that has been ravaging stocks, mortgage rates are staging a solid rebound this past week as lenders seek to stem the tide of people looking to refinance their home loans.
The move comes as a surprise, as markets have been in turmoil this week.

Equities were crushed once again on Thursday after President Trump and the Federal Reserve failed to mitigate concerns of an economic slowdown resulting from the coronavirus. The move in equities is as historic, as the move in bonds.

The Dow Jones Industrial Average traded more than 2000 points lower, or over 8.7%. The index was on pace for its worst drop since the 1987 market crash when it collapsed by more than 22%. The S&P 500 traded roughly 10% from the overnight highs, joining the Dow in a bear market. The Nasdaq Composite traded a similar percentage lower.

“The coronavirus is scary, and people don’t know what to expect,” said Kathy Entwistle, senior vice president of wealth management at UBS. “It’s like the tsunami is coming. We know it’s going to hit any day, and nobody knows what the outcome is going to be.”
“Investors are so fearful, they’d rather hold onto cash,” said Adam Koos, president of Libertas Wealth Management Group. “As the saying goes, ‘Cash is King’—that is unless interest rates fall below zero in the coming months, which at this juncture, I wouldn’t take off the table here in the U.S.”
While many investors are scrambling to get into cash, however, mortgage brokers are making a killing. Last week, 30-year fixed-rate mortgages hit an all-time low since Freddie Mac started tracking loan rates in 1971. That event catalyzed a deluge of mortgage applications from borrowers looking to lock in the lowest interest rates they’ve likely seen in their lifetimes. As a result, refinancing volume hit its highest level since April 2009, the Mortgage Bankers Association reported Wednesday.
Many major lenders like Lending Tree and Mr. Cooper are so swamped that they have opted to increase rates in an attempt to stymie people from applying for mortgages at this moment, giving them a chance to work through the applications they’ve already received.
“Basically, each employee is processing 2.5 to 3 times as many loans as they were a year ago,” said Tendayi Kapfidze, chief economist at LendingTree. “That really tells you the kind of jam lenders are in.”
Of course, this could all change if rates spike higher and prevent too many interested customers from refinancing. At that point, prices would likely drop again.
For now, analysts are looking to the housing market as a possible glimmer of light amidst the turmoil that has beset the Dow Jones Industrial Average, S&P 500, and Nasdaq, which are all trading deep into bear-market territory. But a lot will depend on whether COVID-19 rattles consumer confidence to such an extent that people are dissuaded from buying homes.
Investors looking at ETFs to play the homebuyer market could look at the SPDR S&P Homebuilders (XHB) or iShares Dow Jones U.S. Real Estate (IYR).
For more market trends, visit ETF Trends.