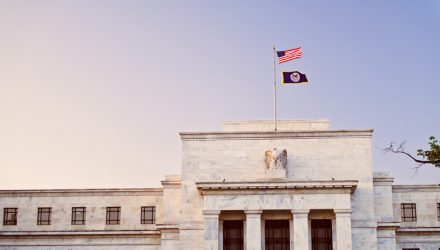 The Federal Reserve is confident in the U.S. economy and is set to roll back its $4.5 trillion balance sheet, sending fixed-income investors scrambling.

Nevertheless, bond investors may look to an alternative ETF to hedge against a potentially rising rate environment ahead.

The Fed announced Wednesday that it will begin to gradually unwind its massive stimulus program in October, reducing its holdings by $10 billion and raising that amount gradually in the months ahead, reports Heather Long for the Washington Post.

As the Fed unwinds its copious stimulus program, the central bank could dump hundreds of billions of dollars worth of U.S. government bonds onto the market, depressing fixed-income prices and pushing yields higher. Consequently, yields on 10-year Treasury notes already popped to 2.28% Wednesday in response to Yellen’s speech.

As yields rise, fixed-income investors may find it harder to sit with traditional bond exposures.

“Not doing anything would be a risky move, RISE can take some of that off the table,” Bryce Doty of Sit Investments said in a note.