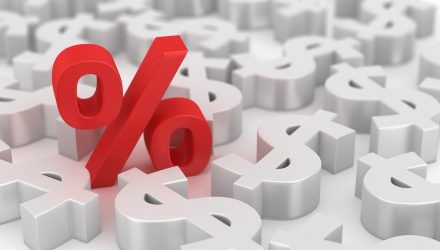 Where To Invest If Zero Interest Rates Occurs

With a steady push for lower interest rates by President Donald Trump and a plethora of investors and economists, the chance of zero interest rates is a real scare for some. JPMorgan Chase & Co. CEO Jamie Dimon said that while he doubts the spread of negative interest rates in countries around the world will hit the U.S., he’s nevertheless preparing J.P. Morgan Chase for the possibility anyway.

“I don’t think we’ll have zero rates in the U.S., but we’re thinking about how to be prepared for it, just in the normal course of risk management,” Dimon said Tuesday at a conference in New York.

“Obviously, you’ve got to worry about the long term effect of those interest rates,” Dimon said. “But it’s hard. There are businesses it doesn’t affect at all. And there are businesses where it just sucks into your margin and there’s very little you can do about it.”
Back in the 1980s and 1990s, financially healthy governments had to pay interest rates on the order of 6-8 percent to borrow capital. Financial advisors and investors used these figures to determine the allocation of portfolios for retirement purposes. If anyone had hinted at the possibility of negative interest rates back then, they would have raised some eyebrows, as negative interest rates just weren’t possible in the real world.
Dimon, chairman and CEO of J.P. Morgan, admitted that the drop in U.S. interest rates surprised him as well. Last year, he said that rates should rise and that the 10-year Treasury yield could reach 4%.

The 10-year yield was at 1.69% on Tuesday, down 1% from the beginning of the year. It fell as low as 1.44% last month as investors into Treasuries over concerns of a global economic slowdown, and as the Federal Reserve cut rates. Benchmark bonds in major countries like Germany are already  trading with negative yields.

Some ETFs to look at putting capital into during low interest rate periods include real estate ETFs like the Schwab US REIT ETF (SCHH), funds that benefit from consumer spending like the Invesco S&P 500 Equal Weight Consumer Discretionary ETF (RCD), and emerging market funds, that can now borrow capital for less, like the Vanguard FTSE Emerging Markets ETF (VWO).