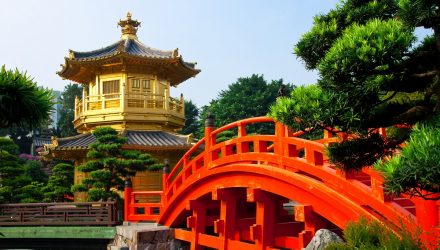 A strong dollar coupled with a spate of surprising interest rate hikes in some developing markets are among the factors punishing emerging markets debt this year, pressuring exchange traded funds such as the iShares J.P. Morgan USD Emerging Markets Bond ETF (NASDAQ: EMB) and the PowerShares Emerging Markets Sovereign Debt Portfolio (NYSEArca: PCY) in the process.

The Federal Reserve began its current tightening cycle in 2015 and while the first few rate hikes did not pinch emerging markets debt all that much, that scenario is changing in a big way this year.

“But here’s the real problem going forward that virtually no one in the mainstream’s talking about,” according to Palisade Research. “These Emerging Market governments and corporations have massive amounts of dollar-denominated debts maturing over the next three years – nearly $3.25 trillion (90% being corporate bonds).”

With respect to value compared to price, many of these ETFs from abroad present a profitable opportunity that can be realized, especially if China and the U.S. eventually ameliorate their trade differences by year’s end. It presents an interesting opportunity for the investor who is seeking value in terms of locating discounted assets such as those in emerging markets debt, but other potential problems linger.

Chinese debt, corporate and sovereign, is another potential concern investors need to consider.

“And more than half from China alone. Giving some context here: the Chinese government and corporations owe roughly $1.75 trillion – nearly 55% of the total – of bonds maturing through 2020. And they won’t be able to roll it over (refinance) cheaper as rates worldwide rise – led by the Fed’s tightening,” according to Palisade.