You are at:Home»Fixed Income Channel»Ultra-Short Income ETF for Any Economic Environment 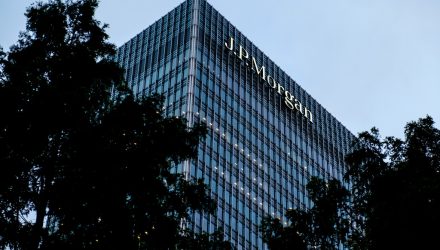 The extended bull market in the economy’s current state has many fixed-income prognosticators wondering when strategies need to shift from high-yielding debt issues to capitalize on a rising rate environment into safer fixed-income investments, but in the case of the JPMorgan Ultra-Short Income ETF (BATS: JPST), it’s a fixed-income ETF that can serve its purpose in any economic environment.

A prima facie view of the economy warrants increased spikes in interest rates from the perspective of the Federal Reserve. In the latest economic data published by the Department of Commerce, retail sales were up 0.5% in the month of June, which followed a 1.3% increase in May.

Related: Best Fixed-Income ETFs to Have During a Recession – Part 1

The retail sales data in conjunction with the low unemployment rate of 4% and an increase of 213,000 jobs published by the Bureau of Labor Statistics show the Fed that it’s difficult to ascertain any notions that a slowdown in the economy is forthcoming. As such, after raising the federal funds rate by 25 basis points to a range of 1.75 to 2, the Federal Reserve could continue to exhibit hawkishness and re-up its decision to raise interest rates through 2018.

If that’s the case, then the floating rate component of bonds in JPST’s debt portfolio would effectively hedge against interest rate risk and capitalize on any short-term rate adjustments the Fed decides to make through the rest of 2018 and beyond.

The sentiment being echoed in the fixed-income investing space is that the inversion of the 2- and 10-year Treasury yields are early warning signs that the economy is predisposed for a recessionary state. When looking at the holdings of JPST’s debt portfolio, all of the debt issues the ETF allocates its capital to are investment-grade, meaning the companies are less likely to default–an effective strategy for conservative fixed-income investors in any economic environment.

A micro view of its investment grade holdings show companies, such as BMW US Capital and UBS AG as debt issuers–companies known for stability, which is conducive to the risk-averse investor who is seeking a high-yielding fixed-income ETF without taking on much risk. In addition, investment-grade companies that have a lower propensity to default according to its bond underwriters mean investors have peace of mind, especially in times of financial distress, such as a recession.