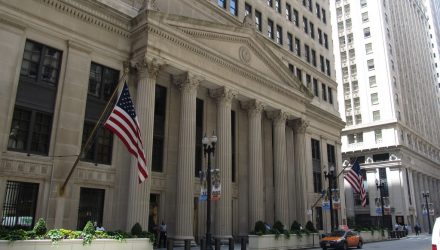 Meanwhile, the U.S. 2-year Treasury Note has also been relatively flat and up 0.02 percent as of 12:15am Eastern Time. Its yield range thus far today has fallen between 2.54 percent and 2.50 percent.

While the Fed is projecting that core inflation will not have more room to run, some analysts feel that this is not the case–the Fed could respond to inflation with more prospects of rate hikes within the next year.

“The Fed is projecting that core inflation will not rise further from here, but we suspect that core inflation will continue to trend higher, as capacity constraints begin to bite. That will keep the pressure on the Fed to keep hiking rates once a quarter over the coming year or so,” said Michael Pearce, senior U.S. economist at Capital Economics, in a note.

Consumer Spending Picked Up in May

In addition to the core inflation data, the Fed also revealed that consumer spending rose 0.2 percent in May versus 0.5 percent in April. According to a survey of economists by MarketWatch, this is less than the predicted 0.6 percent increase.

However, personal income gained 0.4 percent in May after a 0.2 percent rise in April.